I've completed more of the AWI miniatures.  But first..

Daughter #1 was disappointed that we couldn't do out usual habit of attending the downtown fireworks show because it was cancelled due to pandemic.  In truth, she was more upset about missing out on the inflatable bounce-y houses and junk food than the actual fireworks.   Still we soldiered on and did our other usual activities.  One of which was BREAKIN the LAW.  I drive over the the town next door where fireworks are legal, purchase a bunch, and dive them back to my house and set them off in the yard.  Daring, I know, but I don't fear breaking the law in minor ways because I'm white male.
Oooooohhhh, topical humor during these days of unrest, now that is daring.  Better show some cute kid pics quick!
I had to show the dark pics, otherwise the cuteness would be overwhelming.
So Hooray for America!  Suck it Brits!
I'm sorry Brits.  I didn't mean that, you know I love all of you.  To make up for my crassness, how about some pics of AWI British troops that I painted up to an average standard?
Yeah... I know....that feels more like an extra punishment.

I've been doing a spot of painting.
8 more British regulars join the ranks. 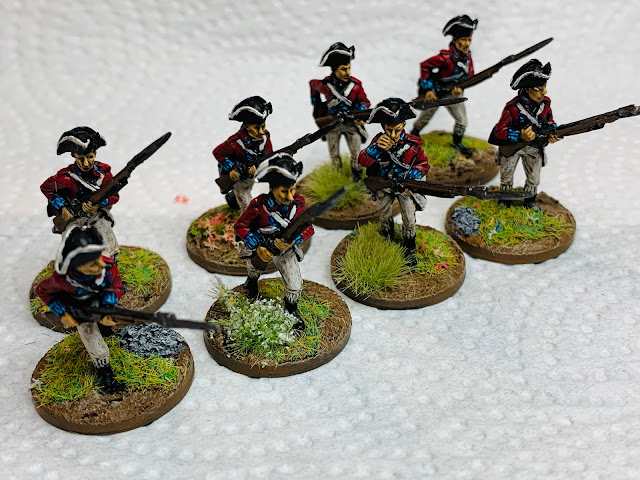 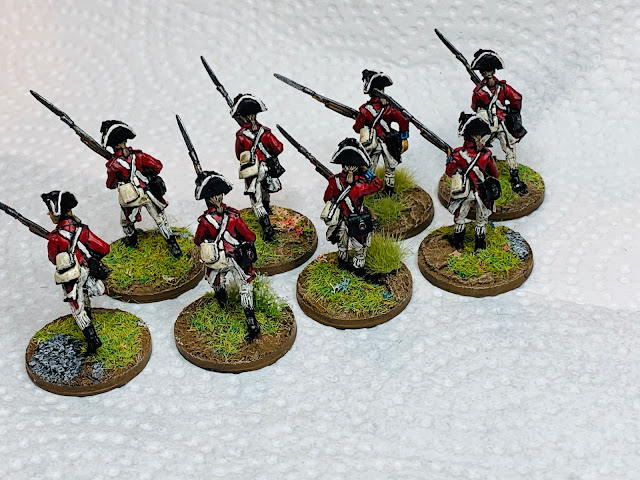 These miniatures are the same sculpts featured in 2 post ago, just adding to the numbers of painted Redcoats. 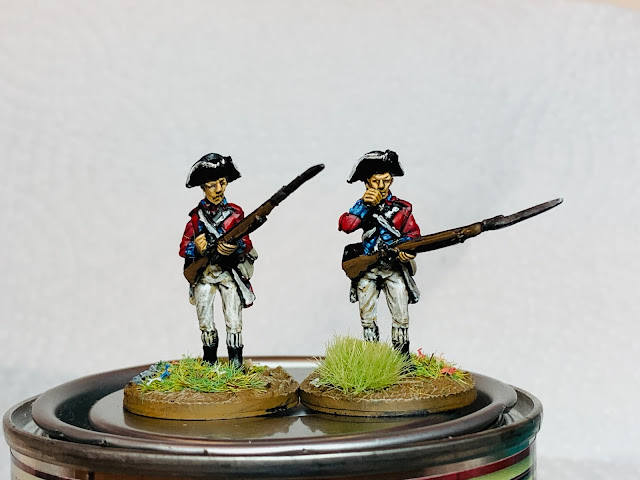 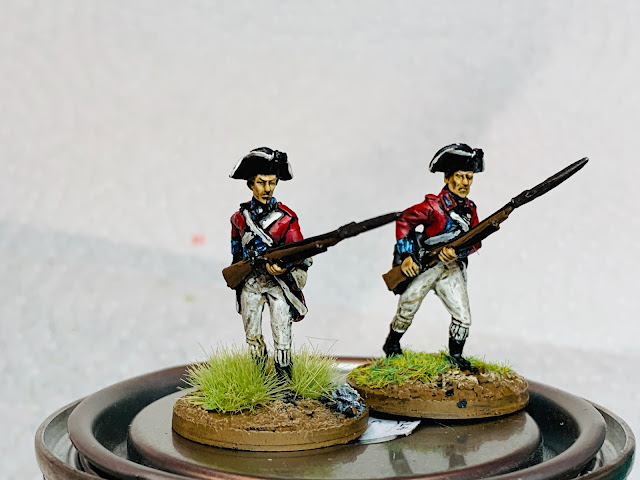 The real stars of the post with their fancy uniforms: here are 12 British Light infantry. 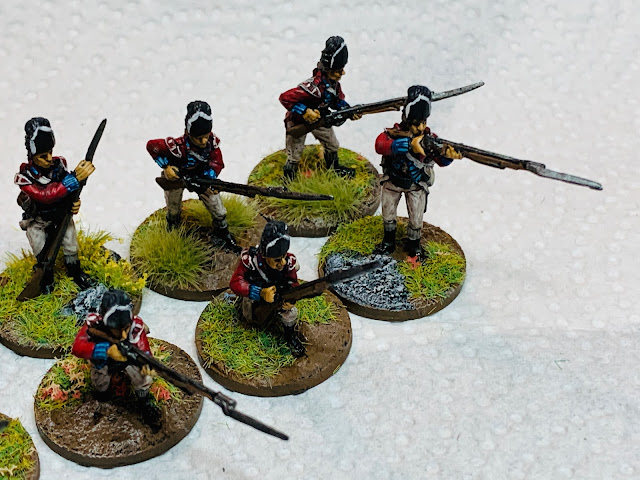 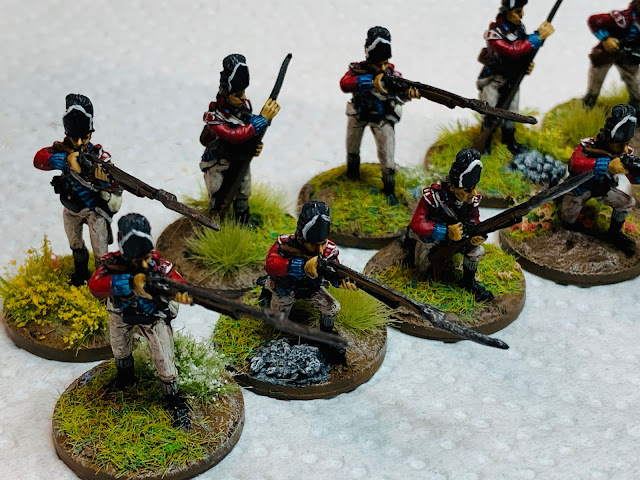 These guys should have some sort of insignia on the front of their silly hats.  I tried painting one on there a couple times but it always looked terrible.  In the end I just left the hats black.  I told you it was an average paint job.
Here are some close ups.  I also found it tricky to paint the shoulder pads thingys. But overall, the miniatures came out rather nice. 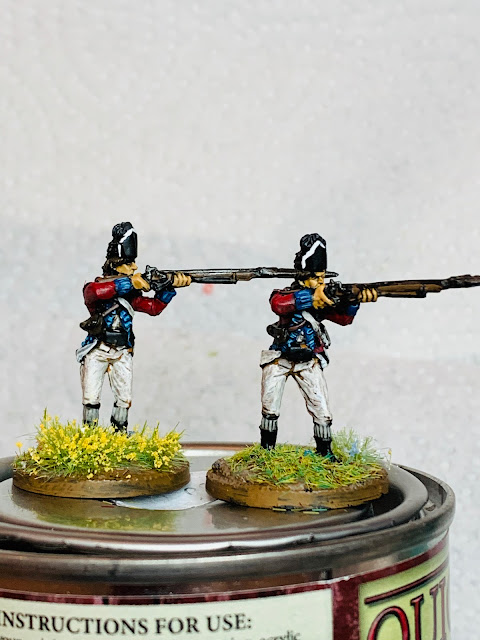 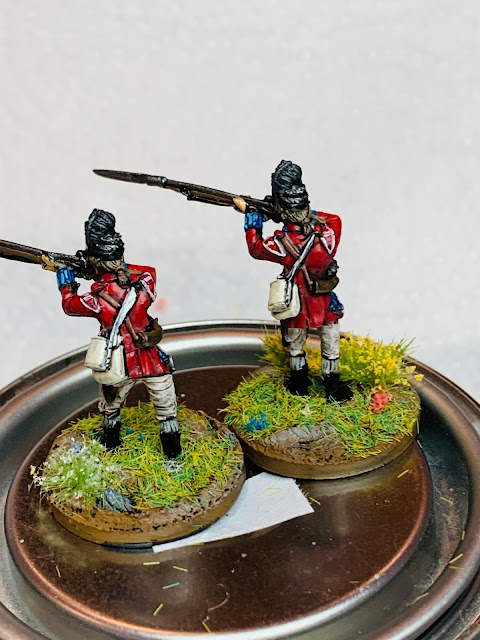 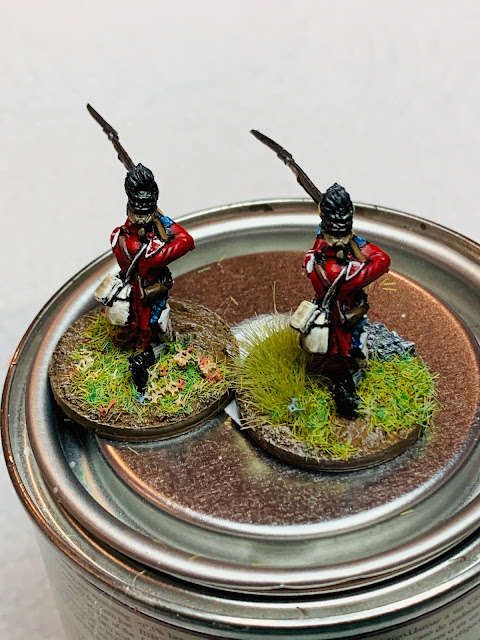 Overall, this little project is coming along nicely.  Plus I am swelling with pride because I doing that thing that is sometimes elusive to miniature wargamers: buying a pile of miniatures AND painting them all.
Well most of them...
Still to paint are the two officers and two more regulars that came in the command blister (the four on the left of the pic) who have unique poses.  I think I'll pass for now on the flag bearers and the drummers and leave them in their lead underwear.  Since the  skirmish rules that I'll be using  (Muskets and Tomahawks 2) don't use them for anything anyway.  If and when the forces get larger and I start to have whole regiments on the table, then I'll paint them up. Because regiments without flags or command stands can look rather silly.   So 8 miniatures get placed in the lead pile for future use, 4 more to paint and the initial British force is complete!
Until the inevitable purchase of more of them.  Not to mention the other lead pile of Americans and terrain.  Wargaming is a fun hobby isn't it.
Thanks for reading.
Posted by Stew at 9:09 AM