The Viking Shore Part III: the OTHER longship

What's better than having one longship?  Having two longships! 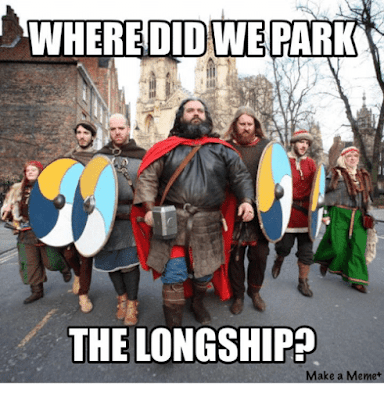 Finally completed my second longship.  This is the 'Long Serpent" from Old Glory.  It's a big resin cast so there was little assembly required. 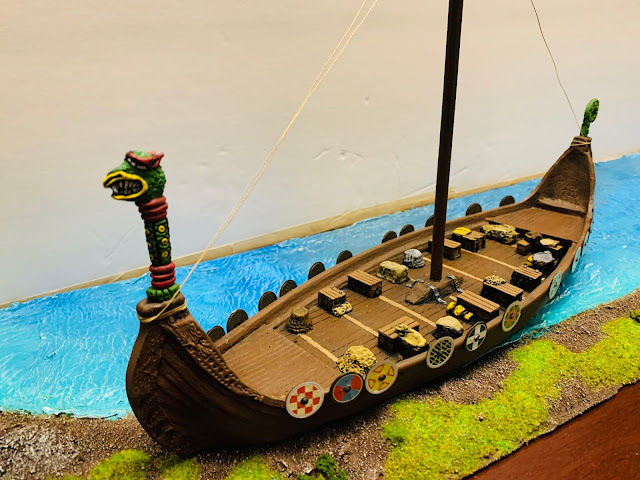 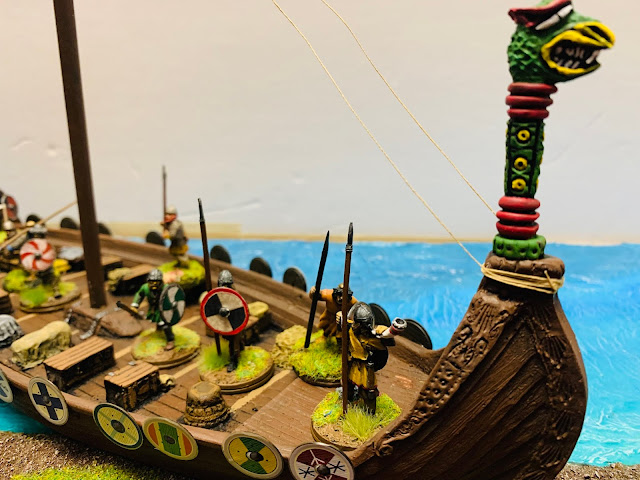 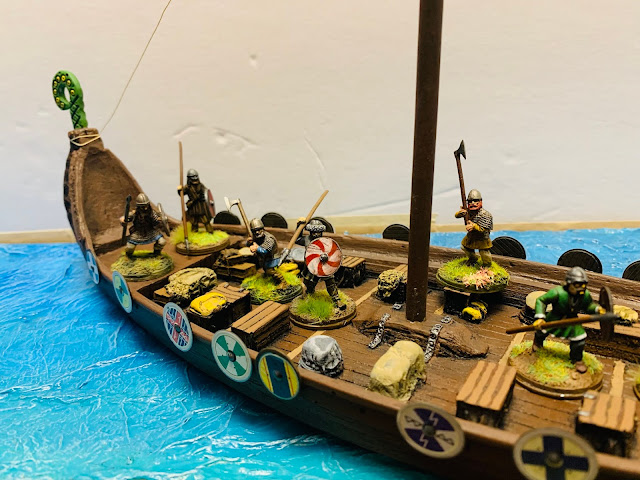 Didn't that turn out nice?  I think so.  Now I am the proud owner of the beginnings a real Viking fleet.

Wandering Eyes in the Dark Ages

In the hunt for a dark ages mass battle ruleset that I really adore I recently picked up Impetus 2 from Wargame Vault. 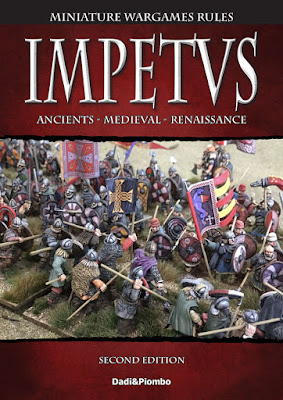 I have mass battles rules that I like well enough, these being Sword and Spear and Hail Caesar, but I don't really adore them.  They're like the women you date while you wait for someone better to come along; so that you have someone to go see movies with or take to parties.  This leaves me with wandering eyes for different rulesets.  I've heard some good stuff about IMP2 so when I saw it was on sale I purchased the PDF.

At first I found it hard to read and understand honestly.  Usually when I read a wargame ruleset I can see in my mind how the game takes shape but not in this case.  This has happened to me before with this publisher (Dadi&Piombo); as I also have Lords and Servants and Long Rifles by these guys and find them confusing and hard to grasp so have never tried them.  Now I am not a dumb person (Of course I would say that); I double majored in college and have a doctorate so I'm pretty sure I can take in information and spit it out again.  And I don't mind complexity in a rule set and have plenty of such board games to prove it.  But there's something with the writing style, or maybe because it's a translation, or maybe it's just the mechanics themselves don't ring with me; that I found myself going "what?" a lot while reading it.

Though during sequent reads it's starting to make sense and I'm actually liking what I am reading.  Persistence pays off sometimes!  I usually give myself 2 read throughs of rules; while I don't expect to know everything right away on the second time it at least needs to start to make better sense or I'm not bothering with it.  (I'm LOOKING at you ADLG!  I read you twice and still you made little sense, and now you're in the trash!).

Yet I know it's going to be one of those games that you have to see on the table and run it through it's paces to really understand how it all comes together.  Ideally I would find someone who already knows the game and could walk me through it.

Though I am annoyed with them again because apparently I have to buy The Warbook 2 to get the army lists I want which is NOT AVAILABLE as a PDF yet, and I have mentioned that I HATE BUYING BOOKS OF ARMY LISTS THAT HAVE 103 LISTS IN THEM (yes I counted) WHEN I ONLY WANT 4 OF THEM!!!!

Sorry for shouting.  I get worked up sometimes.  If I were a wargames company I would do the cool thing and either provide the points system so that people can make their own armies, or provide army lists free online, or just sell smaller PDFs that have 20 lists for like $5 based on theme or region. 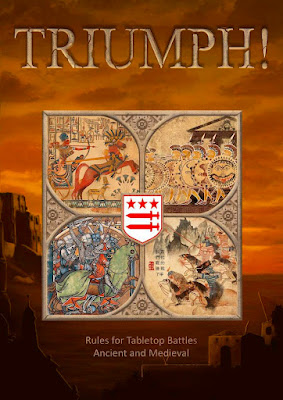 The other ruleset I purchased on a lark was Triumph!  This one has the advantage where there are lots of youtube vidoes on it.  There are somethings I really like about it and somethings I'm not so sure of.  Apparently it's a DBA derivative but I've never played DBAnything so it's all fresh to me.  However, I've never seen a DBA game being played and thought; "that looks like fun."

Besides working on the above Longship and being distracted in real life by such things as Mental Illness, a insect infestation in my house, drunken in-laws, sick children, erupting volcanos, homicidal inmates, meteor showers, and a general lack of time; My wargaming hobby has been meandering and unfocused and not much done.  (yes, I made up some of those things; I enjoy hyperbole).

I'm feeling the urge to actually complete something.  Just need to pick something that give my life direction and meaning.

Till next time.  Thanks for reading.  Extra thanks for writing a comment.