A post about resisting the temptation of starting a new period, namely the American War of Independence (AWI). 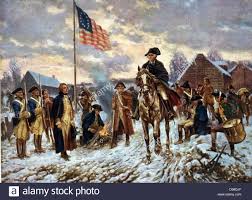 I Did a Bad Thing and Read a Book

Repeat readers of this blog will know of my long standing temptation to start gaming some AWI.  I know that it will happen eventually, it's more of a question of when.  But what I don't want to do is buy a bunch of miniatures and have them sit in the boxes for months (or in some our cases; years) before I get around to painting them up.  There is only so much time that I can devote to hobby pursuits and adding another genre will just increase the demand on that limited resource.  As it is, hobby time has been sparse these days and I'm trying not to fall into that trap very common to many wargamers;

There might not be time to paint or play, but there is always time to BUY.
(Thus, the lead horde grows and grows)

In order to scratch the AWI itch I bought and read a book. 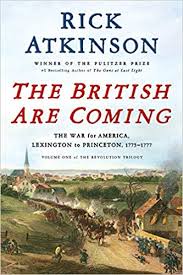 Now I've read up on the AWI in the past, but I really like this author and have enjoyed his work before, mainly his WWII trilogy.  This time he is tackling the AWI and this first book was extremely good.

Like many historical gamers, the primary thing that makes you want to wargame a time in history is learning about it and being immersed in it;  so reading a book turned out to be a very bad thing, because it just made the AWI itch  even worse.  Kinda like trying to use poison oak to cure poison ivy.  Soon I found myself looking at Perry AWI miniatures and debating the merits of doing AWI in 28mm or 15mm.  Which rule set would be a good fit for the battles, then ideally I'd want a skirmish rule set and a bigger battler one...
For the record, I think 28mm is winning out, just because I want to 28mm spectacle.


But now is NOT the time to be starting a new project, tempting temptation that the AWI is.
But how to get it out of my mind?


It occurred to me that the best way was to get re-excited about a period of history I already have and wargame.  So of course my favorite black powder war is the good ole American Civil War.  So next I read this book. 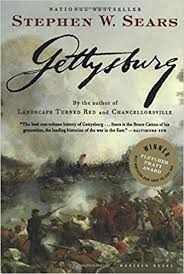 Of course, I've read all about the ACW and Gettysburg before, but this is also a very well written book and I do like that author, especially his other book on Antietam.  Which worked like a charm, because my brain is basically a donkey following a carrot on a stick, and got me thinking about how I have everything to do that Little Round Top scenario that I've been meaning to play, not to mention that I also have enough figures to do a Shiloh scenario in the Hornet's Nest for Brigade Fire and Fury.. and don't I have some ACW terrain that I've been meaning to paint up...


And just like that, I was CURED of the AWI itch.  At least until the next AWI book in the trilogy comes out.

But Then I Traveled to Boston, Actually To Lexington to be More Precise

The home of American Independence.

Officially the wife, the two surviving children, and I went to Boston for 4 days to attend a wedding.  So there was much to do and not much time for sight seeing, but just even being in New England and surrounded by that unique New England-y architecture and landscape had me thinking of AWI scenes.  I managed to squeeze in some sight seeing anyway because I can't be stopped.  The day of the wedding my wife and daughter #1 went with all the women to have hair, make up, and nails done so they all can look fabulous next to their ogre husbands; leaving me and son #2 with some free time.  He's only a year and a half years old so he goes where I tell him to.  Turns out the famous Battle Green, WHERE THE FIRST SHOTS OF THE AWI WERE FIRED, was a whole 10 min walk away from the Inn where we were staying...


In truth there isn't much to the Battle Green, just a green triangular field with some patriotic monuments, but it's extremely pretty and makes a wargamer think of the AWI in all sorts of ways. Like how rules like Muskets and Tomahawks and Sharp Practice 2 just scream out for 28mm troops and terrain...

I had a bad case of the AWI itch all over again, like a flare up of athlete's foot, that no ACW book would be able to control, as I was scratching all over the place.  Itch Itch Itch.
So what to do?  How to apply the ACW antidote before I buy a whole army?


I Then Traveled to Tennessee; Murfreesboro to be Exact.

While Flying back from Boston the family and I landed in Tennessee.  Officially we were there to visit some family that we never see, specifically my wife's 92 year old grandmother that we all love to pieces.  We were there for 4 days but without a wedding agenda so there was more free time.

And while we were there I took the opportunity to see an ACW battlefield, because there are many in Tennessee and how often is one in Tennessee?  The answer is never.

The Battle of Shiloh is the most famous battle and attraction, but that was 3 hours away so too far drive there and back in a day.  However, right in the back yard there is a lesser known battle: The Battle of Murfreesboro or Battle of Stones River (depending on what side you were on.  And in case you are unaware, the CSA tended to name battles based on the closest city while the USA named battles based on geographic features, so some battles have 2 names).  Awesome!  and just what was needed.

So one afternoon while all the ladies had an afternoon tea, the men folk went to the battlefield, and all was proper in the world.

The Battle of Stones River is not one of the well known battles of the ACW, but still was important.
My pet theory on why this is; because the two main big generals who fought the battle; Rosecrans (USA) and Bragg (CSA) are not darlings of history like Lee, Longstreet, Grant, Sherman, McClellan and etc..

I'll let those interested read up on the battle in detail from google.  Otherwise, here is a quick summary:

Day 1: CSA attacks the USA and does extremely well, pushing back and shattering most of the union units. Only the Divisions of Sheridan and Negley hold their ground at a high cost in casualties (the rocky ground where Negley's Division stood was dubbed "the slaughter pen") until they finally collapse as well.  But this slowed the assault down enough so that Rosecrans had time to cobble together another line backed by mass artillery.  When the CSA launched it's final assaults through the cotton fields, they were repulsed at a high rate of loss, though they charged 5 times.

Day 2:  The two armies stared at each other and collected the dead and wounded.

Day 3:  Most of the day nothing happens, but Bragg ordered his general Breckenridge to attack the Union flank, that Breckenridge knows is fruitless and suicidal.  He stalls all day but finally at 4 PM he does what he is told.  The Union troops quickly fall back behind Stones River and the Union guns massed at the McFadden Farm on ridge blow the CSA to pieces.  Over 1800 casualties in 45 mins.

Bragg retreats.  Rosecrans marches into Murfreesboro and makes it a crucial supply depot for the western theater.


And NOW;  some pics with some context provided in the nifty captions.


Pictures of fields and trees are not interesting to look at, and that's what many of the battlefield pics I took were, so are not included. 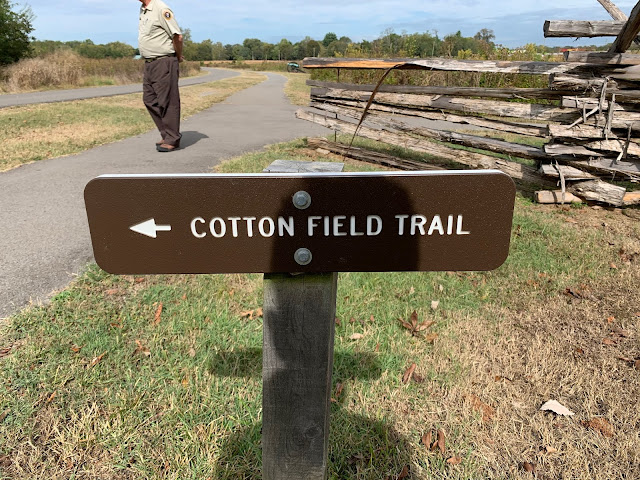 
By this point you're thinking "This whole post just seems like a thinly veiled excuse to post some vay-cay pics, and only has a dubious link to miniature wargaming."  "I was expecting a post debating the merits of gaming the AWI versus the ACW."

But why would there be a debate about which is better, the ACW or the AWI?  People should do whatever they want, and there's no reason why people shouldn't game both.

Thanks for reading.
Maybe next time I'll actually get some wargaming or painting done to blog about.  😊