More on the ruined project

Hello again.  Here today we have mostly an update on the LOTR ruins that I've been assembling.
Just in time for some Thanksgiving Holiday reading.
You can see the first part of this project on previous blog post  HERE.


Life Among the Ruins

That sounds like a good album title doesn't it.

There have been two things recently that have severely impacted hobby time. One is that my wife after 6 years and 3 children has decided that she wanted to return to work again.  So in October she picked up her career somewhat where she left off and now works the weekends for the next 3 months; leaving me to be at home with the kids and a lot less free time.  It's been working out so far and the extra money is nice, and I'm not one of those fathers that is scared to be alone with his kids (for now anyway, because I am much bigger than them).

Number Two is that around Mid-October I traveled to southern CA to visit my father for his birthday and discovered how much he has been struggling all alone down there (because he never said a word).  Ultimately I/we decided that he would be moving in with me for the time being semi permanently until something can be worked out and I've become his care taker.  He's only in his med seventies but seems much older; guess a life of drinking, smoking, and cussing will go hard on a body.  (note to myself, I really ought to cut back on my cussing...)

but casting little bricks only takes 15 mins at a time, and then waiting for 30 min or so while the plaster sets I'm able to do other chores so the project fits nicely into my current schedule.


After getting enough bricks made I began to dry assemble (that means place the bricks without gluing them) the structures...


While I had a vague idea of what I wanted; a ruined building near a ruined tower, I didn't have specific plan.  Planning is for the weak.  Dry assembling is a good time to begin thinking seriously about how it's all going to come together.  I also downloaded the building plans from the HA website to use as guides, especially for the bell tower, because it also helps to know what bricks you will need and in what quantities.  Maybe it's not so much that planning is for the weak but I'm doing some weak planning.

Power Tools are Loud and Sexy

One thing I've always wanted to try on this kind of project to increase the presentation and sturdiness of the terrain is to put the buildings on an MDF base.  I've never done this before, and my previous ruins are based simply on cereal box cardboard.


Since this terrain piece is going to have some very tall structures, I decided to give basing a try.  If successful, I have plans to rebase all the previous ruins in the same manner, as well as all my 4ground dark age buildings.  I'm planning to put some texture around the structures as well to make it all integrated.

plus, this will give me a chance to play with my power tools, which I rarely get to do because I'm honestly not all that handy.  But here's an opportunity to be manly!


A trip to Home Depot and I got a 2 x 2 board of MDF for around $5.  I then used my jigsaw for the first time ever to cut out a base for the project

I then used my palm sander to bevel the edges, also for the first time ever having the sander out of the box, and I got this palm sander like 2 years ago.  Not much call for sanding in my life I guess...


None of this was really hard and just stuff you can see on any terrain making video.
This step turned out to be a big hurdle; simply due to time available.  I imagine that I am like many wargamers with young children; your primary hours of hobbytime are in the evening after the kids go to bed and right before I go to bed, so around 8:30-10:30 ish.  This time of night seems like the wrong time to be running power tools in the garage (especially since Daughter #1's bedroom is right above the garage) So these steps had to wait until a rare stretch of free time during the weekend.


Yes, I showed the first two pics just to set up showing you the third with the baby.  Because writing a good blog article is a lesson in craftsmanship....

Can We Build It?  Yes We Can! (Stew the Builder)

With the base prepared and armed with vague ideas and weak plans, I began the most fun part of this project by gluing the little bricks together to start making awesome wargaming terrain. 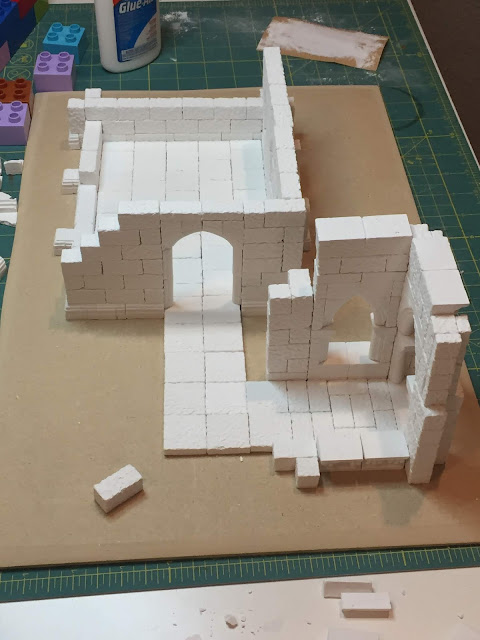 All in all, I think the ruins are coming along nicely, if not a little slowly. Of course, there's no rush and no agenda.

And a small note about games played in closing.  Mr. G invited me over to his house to play some boardgames which is something I haven't done in months I think...yep, just checked the blog and there's been no gaming since September....

We started with Tide of Iron, because Mr. G has had it on his shelf forever and had not really given it a go....


we played about halfway through the scenario before we both decided we were 'meh' on the rules.  To me, "meh" on the rules means: while I wouldn't refuse to play this game, I'd play almost anything else first.  Not a fan.

Then played a game called Samurai, a simple game of counter placement but complex in it's strategy.  Very good. 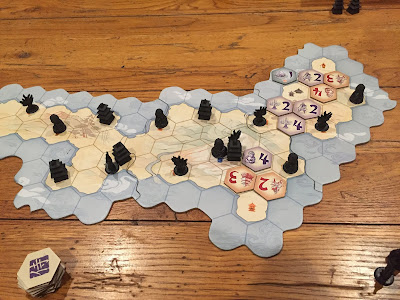 I've been thinking about black Friday and if I'll make any purchases.  I'm pretty sure Black Friday is international.

Hey look, 'Life Among the Ruins' is an album after all.  who knew?

While I'm busy casting little bricks out of plaster and handling some family business; here is a scenario I've been working on with the assistance of invaluable BW.. 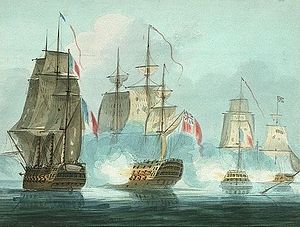 The battle of Cape Ortegal was the last act of the Trafalgar campaign in 1805; in which 4 French ships of the line that managed to escape that battle are pounced on 4 British ships of the line and 4 frigates while they were trying to sail back to a French port.  the French stopped trying to run away and decided to fight and it went very poorly for them: it was a complete British victory with all four French ships damaged and taken and the British only took light damages.  You can go and read more about the actual battle yourself if you like...

However, this is a great historical scenario for Post Captain for the low number of ships involved and the potential for a great convention game.  While discussing it with BW he loaned me some info from his book "The Trafalgar companion" which is now on my Christmas list, and together we came up with the scenario.  There are minor differences between his and mine (down to personal style and tastes) but overall they are basically the same.  I'm posting it because 1) just to share and 2) so the blog acts as my on-line storage.  I'm hoping to run this sometime next year and get some play tests in before then.


Most of the scenarios information can be gleaned from the set up pic.  It shows 4 French SOLs in line ahead being attacked by 4 British SOLs in a staggered line abreast.  I removed the British frigates that were there historically in order to simplify the scenario.  Also historically, some of the French ships were damaged by a storm and I've restored them to full health.

This might seem like a straight up fight and it kinda is; but actually the French are at a distinct disadvantage; as they were historically.  At this time the British navy is just better than the French Navy and this is reflected well in the PC rules.  SO, in order to give the French a chance of 'winning' the scenario the victory conditions have to cunningly crafted:

For anyone familiar with PC, here are some notes about the set up for the ships (again mainly for me to refer to at some later time).

These cards were selected more for 'balance' than for rigid historical accuracy.  For example, British elite crews shoot so extremely well that giving them really well armed ships is stacking the deck too much in their favor, so the British elite crews are placed in ships with average amounts of cannons.

Lot's of people are familiar with Norm's blog and he always has the great kindness that when he presents a scenario he also does a play through, which I think is an excellent way to do things.

However, I find myself really short on time and ships and did I mention that BW helped me with the scenario?  So I'm going to cheat and direct you to BW's blog where he has not one, but TWO write ups of the Battle of Cape Ortegal.  Please find NUMBER ONE and NUMBER TWO.

and if for some reason you didn't know about those blogs, you were missing out...

Hopefully I'll be able to do my own play through soon enough...