Signs of Life, and Light at the End of the Tunnel (LOTR ruins)

A post in which, after 5 or 6 weeks (it was so long I can't remember clearly) of no hobby activity, hails my glorious return to the hobby desk.
5 or 6 weeks is not that much time away, in the big scope of things.  but it seemed like a long time to me, especially since my main form of relaxation is this wargaming hobby.
but house projects have been wrapped up to a 'good enough' state of completion, no more trips to southern CA. to get my fathers house sold.. and while life is still busier than I would have it, the happy day has arrived where there is time again to enjoy oneself quietly at the hobbydesk.

Good thing too,  because time was growing short...


While there is time for hobbying in the late hours of the day, there are still enough obligations during daylight hours to prevent any gaming.  BOOO!
But there is light at the end of the tunnel in the form of a small local convention near the end of July called Intergalactic Conquest.

I was officially able to attend the convention when the wife put it on her calendar, and so after being given the green light I signed up to run some games.  I might of gotten a little over enthusiastic thinking of how I was in a state of no gaming and that this might be the only convention I attend this year, so I volunteered to run 3 games, which is quite a commitment.  But the event list for the con is pretty sparse for miniatures and I like running games, so there it is.

you can check out the list of scheduled games here on the Event List.
See my name?

I'm running two LOTR games, one of Friday night and one late Sunday afternoon as per my original plan.  However, I just COULDN'T let a convention go by without an ACW game, because conventions without ACW are just a tragedy, So I'll put on the Barlow's Knoll scenario for Saturday night.

Now the ACW scenario I've run a couple times before so that's easy.  But for the LOTR games I better get going on finishing some projects.  There's only a few weeks till the convention and there's still lots going on in the real life, so I'm slightly under the gun.

While I am looking forward to gaming again and happy about the light at the end of the tunnel, it also could be a train coming down the tracks as I rush to complete the LOTR projects.
Will I leap out of the tunnel at the last second like an action movie star or fall under the train and get smashed on the tracks?

Signs of Life at the Hobby Desk


Now where was I?  Oh yes, making some kick ass ruins for the LOTR table.
After some furious activity of gluing and occasional sanding to get the little blocks to fit right,
here are some WIP shots of the ruins I'm working on: 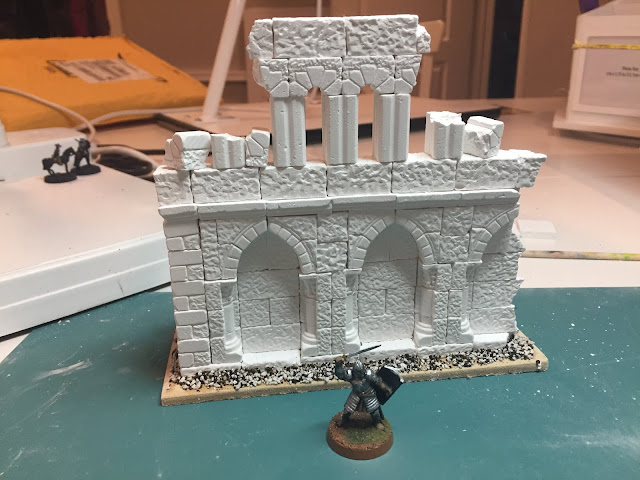 Here we have the ruined wall section from the last post with some a little bit added to the top for extra prettiness.  This is completely assembled with ground texture added and ready for painting.
Next! 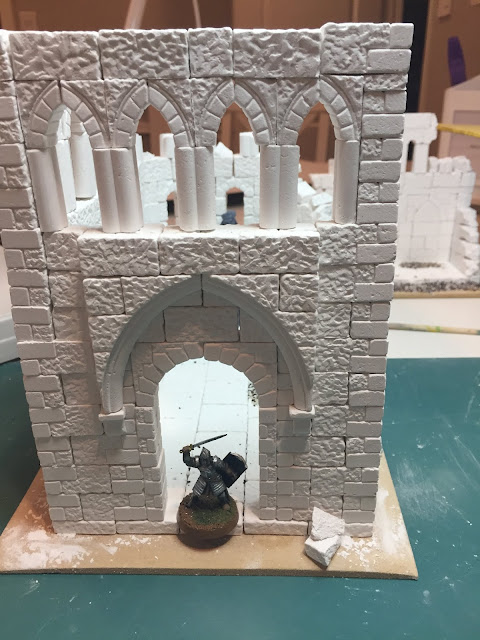 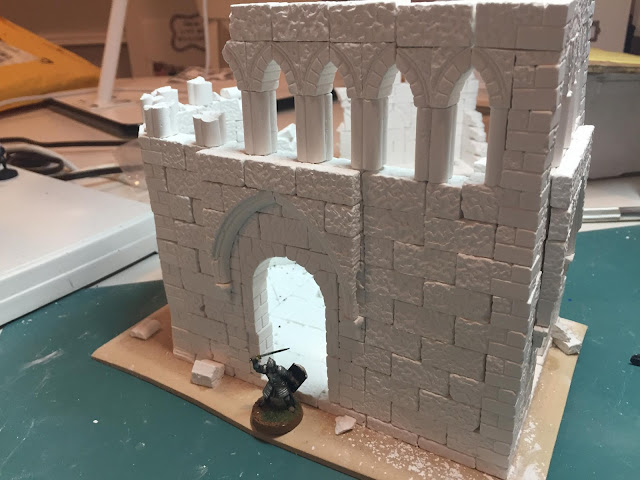 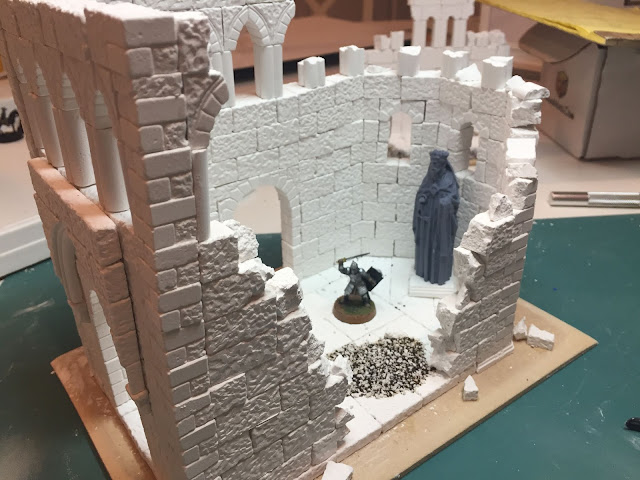 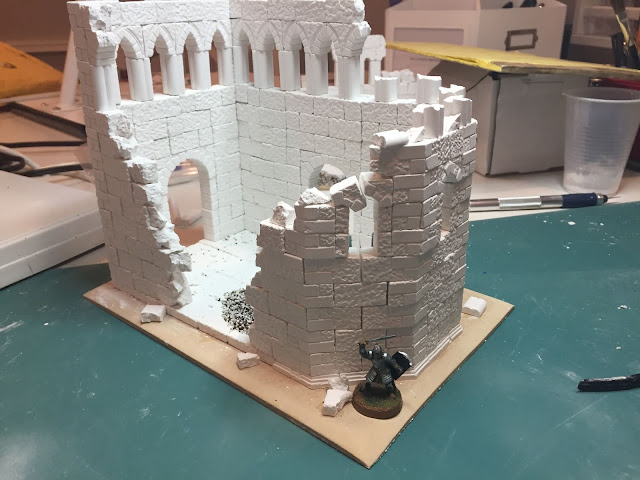 Now here we have a piece that I'll call the Statue House because you know, it's a building with a statue in it.  The name is nothing if not accurate.  This has higher door arches than necessary just to give it a little more height than other pieces and provide some variation.  It still needs some ground texture in places.  This is actually one of the more complicated pieces I've made since it uses pieces from several different HA molds. 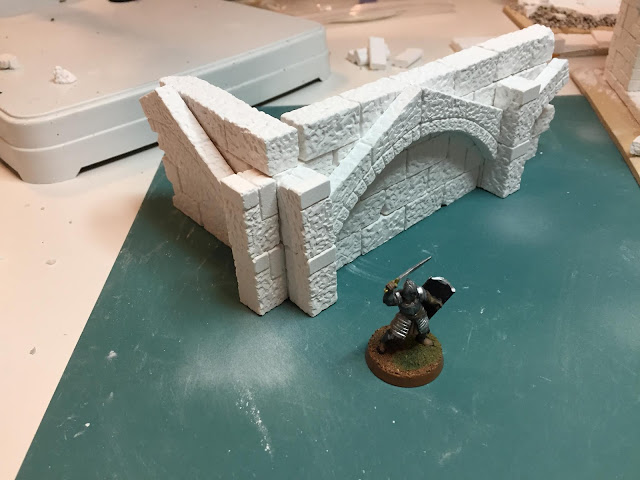 And lastly, here yet another ruined wall section of a basic design.  There's no base on this one, so it's ready for painting.

So lots to do in the next few weeks but it's nice to spend some time back at the hobby desk.
Too bad I was all rusty, and not to mention my blogging skills had collected a little dust.


Hopefully it won't be too long to until the next update.
Thanks for reading!
Posted by Stew at 7:54 PM 18 comments: