I also really wanted to get this post up before January ended. 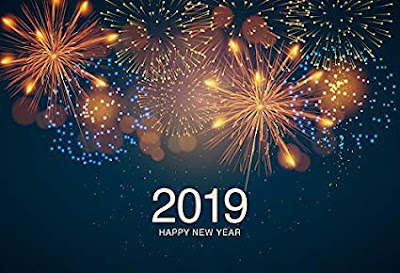 2019 Goooooaaals for Wargaming Awesomeness and a Theme

Goal #1: is of course to relax have fun.

Done and DONE!  that was easy.  Just didn't want to lose sight of that, this is a hobby after all.

This is going to be an interesting year, as I don't have a large-overarching wargame project in mind.  Usually this project takes the form of a certain scenario / game that I want to put on for an upcoming convention sometime later in the year.  Yet this year I already have a couple of good wargame convention games ready to go (or at least, very close to ready to go that it won't require a lot of work) that haven't been played to death yet.  For example, the ACW scenario for Barlow's Knoll has only been at 1 convention so far, but is complete with all troops painted, terrain done, etc..  and I would like to run it again.

So no need to go all balls out on anything to complete it before an artificial deadline.   See Goal #1.


Having said all that, Painting still will be done and I have all these lead piles lying around that could use some love (and as we all know, love = time spent * paint).   So the big goal will be to reduce the lead piles across the board.  To which I set for myself the following semi random bench marks:


- ACW armies will reach 175 bases of infantry for each army. Plus some extras like hospital wagons, more markers, etc..
- 50 dark ages figures, any combo of Saxon, Viking, or Norman.
- AoS fleets will rise to 12 ships (6 each), along with boats, fallen mast markers, etc...
- I'm still figuring out what I want to do with Lord of the Rings, so any LoTR figures painted are bonus points.
- 3 terrain projects for the year (any genre).


So I guess I have an Overarching project for this year after all; not a specific scenario / game but to increase the breadth of each genre that I currently play and also reduce those wastes of money and space that are the lead piles.


To which end I'm going to add the following twist:
- Limit of 3 purchases of figures for the entire year.   Each purchase can be of any quantity, but I can only buy figures 3 times this year.  Obviously things like rule books and hobby materials (like bases and such) don't count.


And Obviously the two ships that I ordered on Jan 6th from Waterloo Miniatures that just arrived don't count either.  I mean from NOW ON.


Bonus points for having under 3 purchases of figures.

I've been working in my sector too long, because now whenever I think about goals I immediately start chanting "realistic, specific, and measurable."  Because I have been brainwashed.

What I want to do during this year is play a bunch of games of course (don't we all), but I also want to play games using my stuff.  After all, I have all this stuff lying around.   So I'm setting a goal that my current 4 favorite genres will each be played 3 times this year.  Plus, it will help me to paint some dark age figures if I actually play a few dark age games of some sort.  Because motivation to paint something in a genre always increases after playing a game.

The Overall Idea is that each of my most FAV genres will see at least a little play time over the year.  So for each time a genre is played I'll mark  off a box in the matrix.  It's the genre that matters, not the rules used.

- I want to play 30 total games for the year.  That's a raise from last year's goal of 24, but this year there will be no birth of children that will take me out of action for awhile (unless there's something that I don't know).   The Matrix will account for 12 of those 30 which is less than half ( I AM MATH GENIUS), which leaves plenty of wiggle room for all sorts of games in other genres or really playing the crap out of certain ones.

-Attend 2 conventions.  Kublacon in May is looking good.

-maybe play a campaign.  I've often felt that campaigns are more trouble than they are worth, but some of the excellent blogs I follow have done campaigns lately and I do like the idea of one battle effecting the next.  All I really need is a regular patsy I mean volunteer.

There we go, 3 goals to ensure that 2019 is full of wargaming awesomeness.

Thought you said "and a Theme?"

I did, thanks for reminding me.  The theme for 2019 is "variety."  I want to mix it up a little.  I wanna take advantage of the fact that most of my stuff is in a decent stage of completion.  Some genre's are almost at the stage of being 'a really good collection.'  I wanna try out some new rules sets but still play my favorites.  I wanna use all these figures that I have stored in the garage.  I want to pretend that none of these goals will change at the first opportunity.

There you have it.  More goals foolishly committed to the internet to be reviewed in a years time.

"There is no spoon."

Thanks for reading.
Super Thanks (more powerful than regular thanks) for any comments.