So awhile ago, I made some DIY wargame matts using the method of mixing caulk and paint, spreading it on canvas, and while it's all wet throwing down static grass and flock in various greens.

I of course, learned about this from the internet and other blogs and youtube, so I hope that this will add to that body of knowledge and at least encourage others to give it a try.  because if I can do it, anyone can.  : )

so I used painter's drop clothes and DAP painters acrylic painters caulk.  I was told that you need to steer clear of caulk with silicone, though now I forget why.... 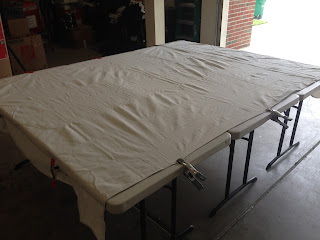 first clamp down the canvas to the table.  This is important as the caulk dries, it'll shrink and pull on the canvas.  Clamping will keep it the size you want. 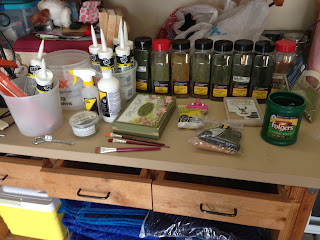 A shot of the supplies.  one the first table I mainly used Woodland scenics supplies but on the second I got stuff from Scenic Express; two large tubes of flock and static grass.

IMPORTANT TIP: flock goes on much better than static grass, and the main ground color will come from the flock. 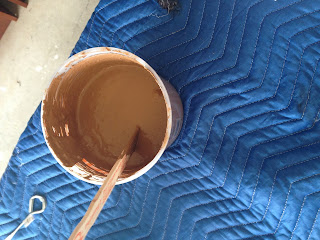 So: mix the brown paint of your choice with the caulk, and some stuff for texture. I used some woodland scenics ballast and coffee grounds.  It should be the consistency of a milkshake. 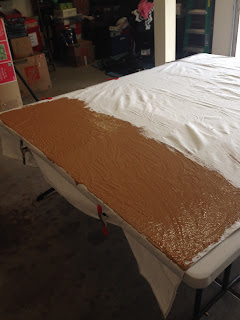 Now, take the mixture of caulk and paint and spread it out on a section of the mat.  I just poured it out on top and used my hands to smear it around (I wore latex gloves, and went through several pairs)
I do think spreading it on thinly is better than think. 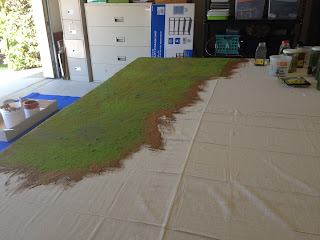 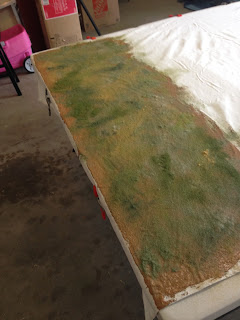 now while the caulk and paint is still wet, sprinkle on the flock and grass.  by sprinkle i mean hold your hand about 6" and sprinkle it on...

IMPORTANT TIP:  I found that's it's very help to premix the flocking/static grass in large amounts ahead of time.  you're going to have 1 mix that will be the dominate color so you'll need a lot of that, and a couple of other mixes of the dominant colors plus other shades and you lie these down to create variations. 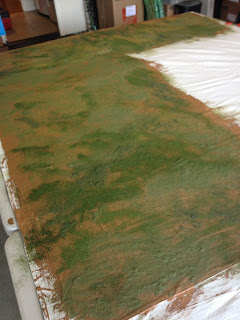 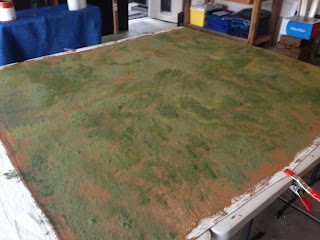 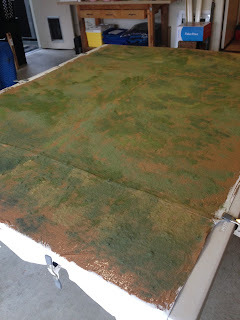 Then you work around the table in sections to the whole thing is covered, and let dry for AS LONG as possible.  maybe over 2 nights just to be sure.  Then when you're sure it's dry to brush off the excess flock (this can be saved for later use, like maybe for the miniatures so that everything will match for extra cool points). 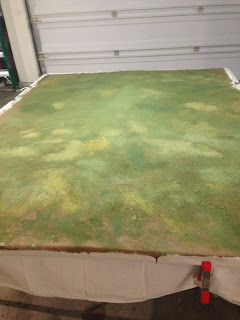 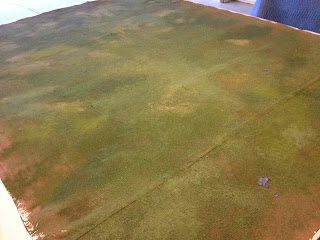 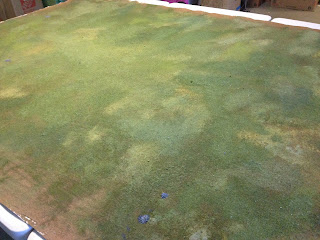 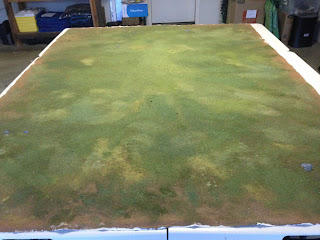 end product will as above, a nice grassy field to the dimensions of your choice.

NOW some shots with miniatures and terrain... 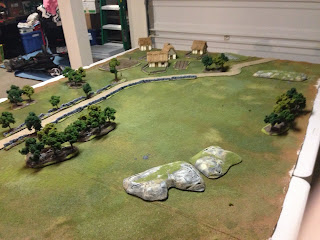 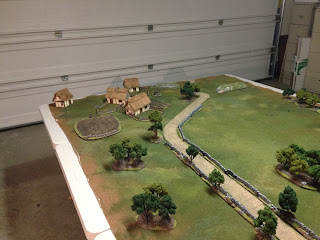 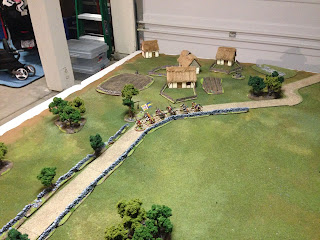 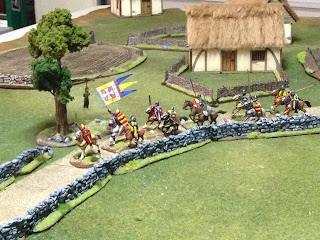 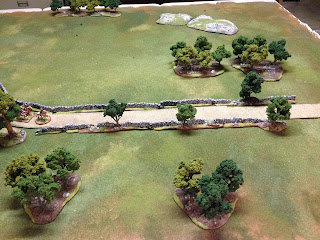 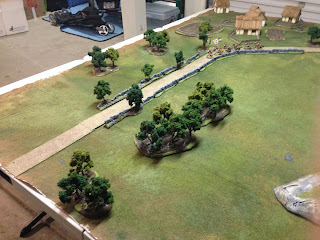 and some close ups of the ground.....remember included are pictures from both the mats that I have made that used different mixes of flock and grass. 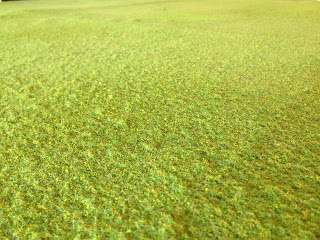 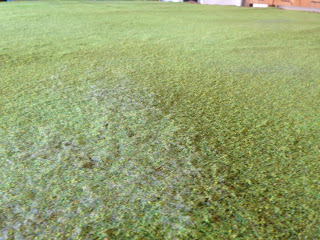 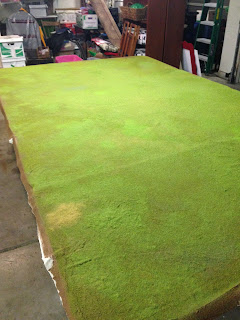 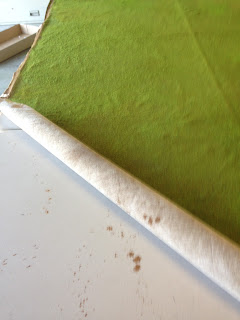 The mat is flexible as well, and rolls up for storage.  I keep mine wrapped around some tubes that I got from Home Depot.

One more thing: One reason I wanted a large mat was for ACW gaming, so that you could place stuff under the mat to make hills and such.  I usually use moving blankets and towels.  Some shots below of an ACW scenario that demonstrates the undulations the mat can do. 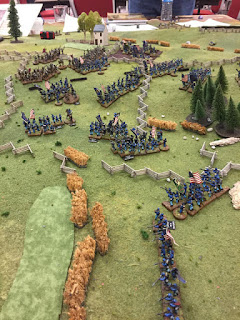 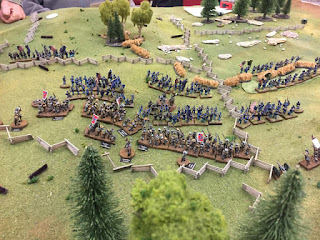 And there you have it.
In the future I want to try and make another one but without the grass and cut it into strips for roads.