now where was I?  Oh yes, writing a wargame blog...

Two Years of A Terrible Loss


While I was away attending to family stuff and doing precious little hobbyness, the blog turned two years old.  Just goes to show that no matter what you are doing, time still passes. 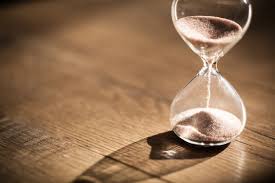 See?  There it went again.

Let's Talk A Little About Blogging

Traditionally, on the blog birthday I've written mostly about the experience of blogging.  This has an ancient history of going ALL the way back to   1 year ago, so it's too late to change it now.  I'm committed.  Also writing about blogging in general is also in the hopes that it will be entertaining, because its a different topic than the standard blog topics of "I painted this.." or "I played that.."     especially since I haven't done neither painting or playing in awhile.


I've found that my time spent blogging has dropped.  Some of that is due to being busy with the Real Life (as boring as it is) and some of it is my interest has decreased.  Over the 2 years I've started following many, many blogs  but truth be told; it's just kinda hard to keep up with them all.  Most of the time now I'll look at my blog list and read the title and if it catches my interest then I'll read on, otherwise I'll ignore it.  I'm still glad that I followed their blog in the first place, I just won't read every post.  Of course there are some blogs that I read every post no matter what, mainly because I like the person writing the blog, or we have one of those symbiotic relationships where we are always commenting and reading each other's blogs.  I should get more of those.  It's a BBB...
Blogging Best Buddies.

Anyway. When I read anything, I'm still likely to leave a comment though unless they're someone I know who doesn't respond to comments,  then I usually won't bother.

-side bar:  responding to comments:

There are many acceptable ways but the most general ones are to write a reply to each comment which takes awhile, or write a general reply to all the comments (like "thanks everyone!") at the end of all the comments, or SOMETHING.  In general I just like an interaction.  It doesn't even have to be every time, just sometimes.

but back to the topic:


Comments are still my favorite thing about blogging.  It's the interaction that makes blogging a social experience and a post worth posting, otherwise one might as well write their blog articles in a secret journal which is kept under the bed with other writings of super secret private thoughts, never to see the light of day.  Like when I was in high school and had a secrete notebook called "Stew loves Jennifer" and was full of my seductive love moves that one day I was gonna try out for reals...

She never knew what she was missing.. 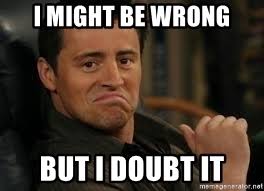 2 Years is Not Really a Long Time, Or is It?


2 years into this blogging business and some of the novelty has definitely worn off, which I think has lead to a decrease in actual posts.  Of course, some of that decrease is also due to the real fact that  I'm having a pretty lousy year with regards to hobbyness; with hobby and play time taking a back seat to real life concerns for long periods at a time.  But Ive already moaned about that enough.  I guess on the bright side,  it makes one feel very Adult.  I'm adulting all over the place and getting stuff done like crazy.  Yet, I never seem to find enough time to mow the lawn...


But at this two year mark into this blogging madness; I'll also take the opportunity now to say Thank You to everyone who comes by to read this amateur production.  And a Super Thank You (which is more powerful than a regular thank you, able to leap tall buildings..) to everyone that leaves a comment at the end, even once in awhile.  It's all very gratifying.

And I see the blog has reached a whooping 50 followers in the last 2 years, which is about 43 and a half more than I thought it would ever have when I installed the 'follower' plug in.   That includes the people I paid to follow me and the family members that follow out of familial obligation.
That's an obvious fib, I've told no family about the blog.

AND!  Just in case all the above sounded too negative;  Overall I still enjoy blogging and have found it to be a great way to make a few new friends and have an online community.  I find other people's blogs to be a wealth of humor, ingenuity, hobby gems, and a great way to relax for a few minutes during these busy times.

My biggest hope for my own blog is that it will prove to be the same for someone else.


But How About Some Wargame Stuff After all

I'm hoping to squeeeeeeze in some more games before the year is out.  Traditionally the last quarter of the year is hard for me to get in much gaming mainly due to the wife working on weekends leaving me in charge of The Terror and The Destructor (also known as Daughter #1 and Son #2, ages 6 and 1.5).


But, I've managed to move a small mountain and cleared the schedule in order to game on  9/14.  It's my annual appearance at the SHMWClub.  I swear I make it to a club meeting about half as much as I make it to the gym.


I'm excited because it's an ACW game ( I LOOOOVE me the ACW) and using the Brigade Fire and Fury rules which I own but have not played.  Game is set during the Battle of Chickamauga.  Should be fun.  "Chickamauga" after all was translated to mean "River of Blood."
Seems that most Native American words translated to something terrible during the ACW.

These miniatures make up the core evil force in several of the Gondor at War scenarios, so getting them done will be a big step toward more cool LOTR games, taking me closer to being the LOTR magnate that I aspire to be.

With life returning more to normal the blog posts should increase.  I thank everyone for their support and well wishes.  Lets all have a great last quarter of the year!  Thanks for reading.