Some Expected Ruins and unexpected complications

Lets play around with some Hirst Arts molds and bricks and make some kick ass ruins for the Osgiliath table. And then I complain.

Because you see, the last time I did a ruins terrain project it was kinda on a lark, so the series of posts were titled "unexpected ruins" (which also had a nice tie in to the hobbit film 'an unexpected journey') but this time it's all planned out and so called 'expected ruins' which adds a bit of symmetry and provides the blog with that high level of literary prowess that my intelligent and upper-class readers expect and approve of....


I got a plan, and I do feel better when I have a plan, a goal to work toward.  I require structured fun, it has to have a purpose.  That's probably reflective of my personality.  I swear, I am really fun at parties.
My first game convention of the year (and maybe only convention the way things are looking) will be at the end of July and I want to put on 2 games of LOTR, because these days I am living and breathing LOTR.  These will both be set in Osgiliath and are basically the first 2 scenarios in the Gondor at War supplement, but I'll increase the size of the forces some to make the scenarios 2 versus 2 (so 4 players total).  The good news is that all the miniatures needed for the scenarios are already painted.  There are a few that I would like to repaint and I'd love to rebase them all so they all match but none of that is required.  If there is time for that great, but if not then no big deals.

with miniatures out of the way, it's time to focus on the terrain.  OFF and RUNNING. 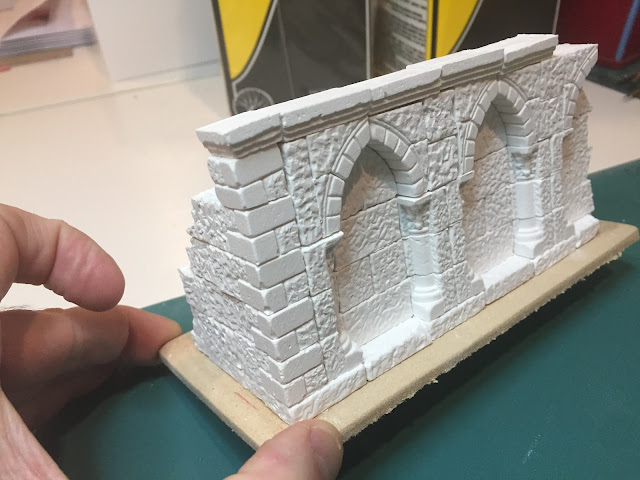 There's a larger Ruin in the works as well, but I seemed to have misplaced the picture...
And unfortunately that's as far as I got for now.


Truth being; that in the past month I've had little time for gaming and hobbies, as I've been hit by a bus full of responsibilities that require my time, effort, and attention.  Time is spent as needs dictate.
It's something that happens now and again I imagine to most people.  But still, it kinda bums me out because I tend to measure the success of my life by the amount of free time and fun I have. 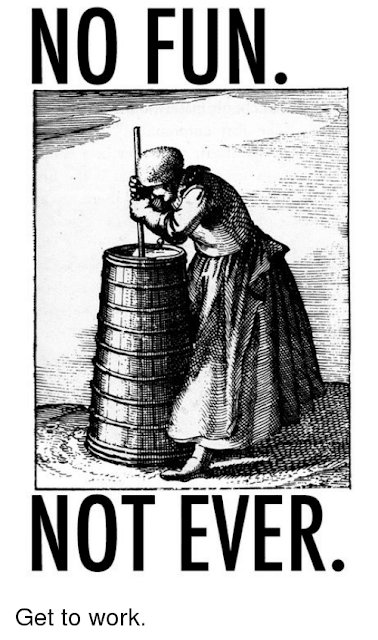 So the Month of May was something of a bust.  I had 2 games scheduled in May and had to cancel both at practically the last minute due to emergencies / unexpected circumstances.  And I hate being that guy.  "Come over to my house for great gaming."  "Nevermind, game is canceled."  grrr


And there are a lot of plans in the month of June, as well as 2 visits from 2 different sets of in-laws staying with us and Birthdays and what not.


SO, near the end of May I basically decided to put the hobbydesk into storage mode.  There will be no hobbying or wargaming in the near future, while I do a lot of work for the family and the house.    Makes me wonder what I'll blogging about.  Time to dust off one of those titillating opinion pieces.


Hopefully hobby time will return near the end of June with a vengeance!
I'll have to buy myself something nice.