slight delay in posting fun hobby stuff as I've had absolutely nill time for hobbies due to family crisises...crisisi?  whatever the plural form of crisis is.... but onward and upward!

As discussed earlier; during my journeys over Labor day weekend to Pacificon and back my sailing fleet was damaged by a near car accident and an attack from a ferocious house cat.  At the end of the weekend they looked like this:

On a closer inspection; 1 of the ships got off pretty light but the rest had some moderate to significant damage.  I also learned, for the second time, that when you start pulling off damaged rigging this often leads to needing to pull out another thread of rigging..
and another
and another
and another.

This is because a lot of the threads are glued in the same places.

So in addition to repairing masts and sails, I had to do much more re-rigging than I initially thought.
For some of these ships it's the third time I had to do this, and to be quite honest it's not as much fun the third time around.


But never mind all that, because I persevered and began to enjoy the process of rigging once more as each ship started to look ship shape again.  These ships continue to be some of my favorite models even if they are delicate little flowers. 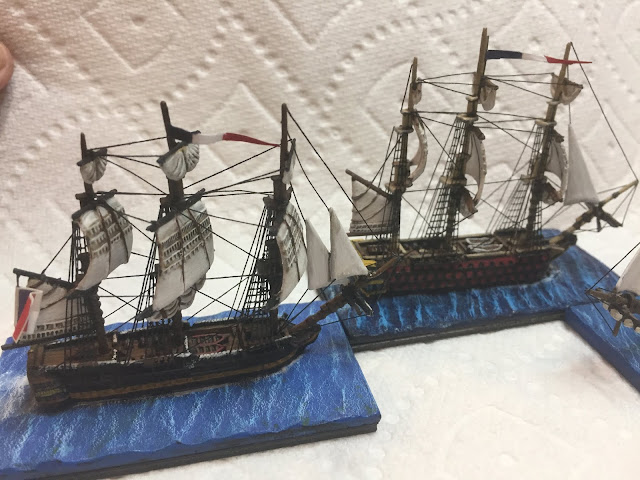 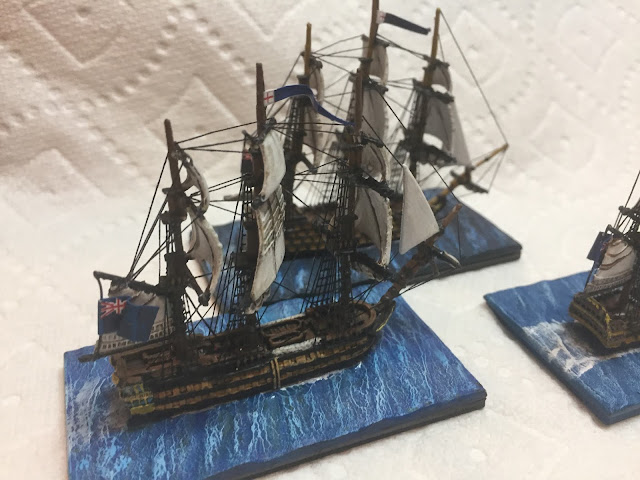 Though I should break my ships more often...

Because it seems like whenever I do someone nice sends me a package in the mail.  In this case, Mr. PC who is my friend and the owner of the ship chewing cat; told me that he sent me a little something in the mail and to let me know if it arrived.  Because he was (I'm assuming) wracked with guilt.  Even though I told him it wasn't a big deal and the ships were already damaged anyway. 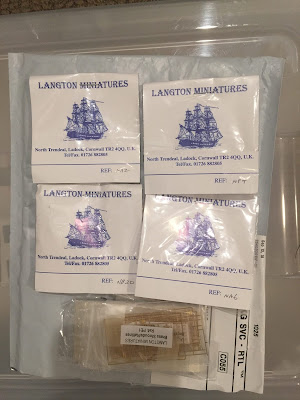 Anyway, his little something turned out to be a small lead lead pile of it's own from Waterloo Minis; consisting of no less than:
The famous HMS Victory (at quarters)
a 74 gun ship (at quarters)
The also famous USS Constitution
The not as famous USS Congress
and some sea bases and assorted ratlines.


Quite, the gift.  Once again Mr. PC, you are too generous.


(Wasn't I just bragging about how small my AoS leadpile was?  LOL)

The search for Better Storage Solutions

Each ship is based on a magnet.  I think the magnet is sufficiently strong to hold the ships in place.


see here; Ships on the fridge.. 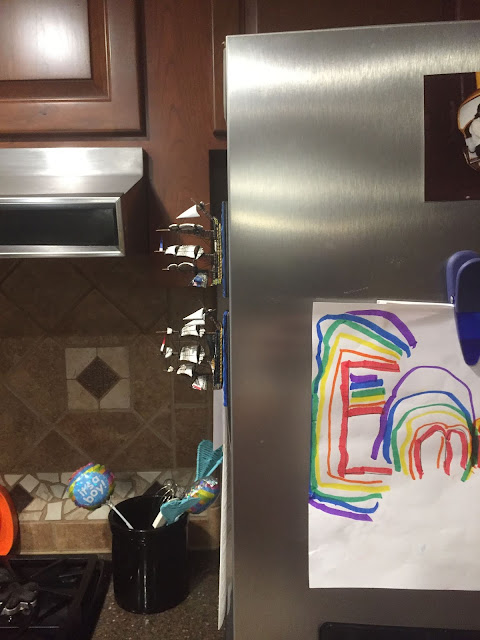 So I think my problem is that in their little storage box, I don't have enough metal for the magnet to really grip.  So it's off to either find an all metal storage box, some sort of metal sheet, or maybe some metal paper or some such.  I've searched before for a metal sheet that I could cut but could not find one at all the craft and DIY stores, so I don't think that's a good option right now.  I'll probably end up going the easy route and ordering a sheet of metal paper from Litko because it'll ship to me and I won't have to spend time wandering around stores because I seem to be very low on free time these days.

Hopefully I'll get back to more regular posting again soon.  I start to feel a little ashamed when other blogs that I enjoy following post 2 or 3 times in-between my posts.  I know we all must go at our own pace and sometimes life interferes with hobby time, and time one can spend sitting in front of the computer writing pithy captions under photos of toy ships sticking to the fridge.

I did however have time for a marathon session of boardgaming madness...

Thanks for reading!
Posted by Stew at 7:43 PM