A general post of catch up, because I haven't been posting as I would like to, as I've been distracted by this and that...
Correction: Wargaming and Blogging (including writing this blog and reading others) is a pleasant distraction from all my pressing concerns.

I noticed the other day that there have been some new followers to the blog.  Thank you, I hope the blog will be entertaining / interesting enough to warrant a comment from time to time. Also, if you leave a comment I'll be able to click on your profile and see any blog you are doing and maybe we can become the bestest of internet friends.

As I've been saying, I've had a lot of pressing concerns lately with almost zero hobby time over the last couple of weeks, so when I finally was able to sit down at the hobby desk I was struck by how messy and disorganized it was.  I also lost all hobby momentum during the long break and this increased a general sense of aimlessness... What project to work on?  what do I feel like doing?  I don't have any games scheduled and might not for the near future; and usually it's having a game or two on the schedule that provides me with a direction.  Winter is upon me with no conventions that I want to attend till next year, so now would be a good time to embark on some serious productivity to prepare something if I only knew what... there are these ACW CSA bases primed and ready to go but I've no enthusiasm for that right now.  A strange situation where I want to do hobby stuff but not really wanting to paint miniatures.   A hobby funk.

Now I've talked before about the Rule of Two that ensures hobby productivity, and now I'll introduce the Clean Slate Act.  The Clean Slate Act is to be invoked in just this situation and is simply as it sounds: put everything away including pending projects (this breaks the rule of two which dictates that up to 2 projects must stay on the hobby desk until complete); clean off the desk, start over. 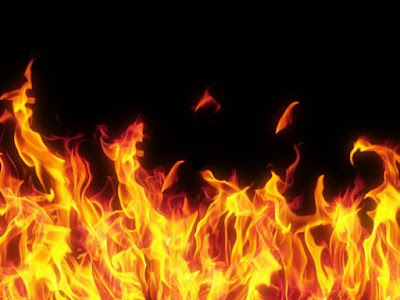 BURN IT TO THE GROUND!!!

just kidding, you don't get rid of anything, it's just a soft reset that allows me to find what I am excited about, and reshape upcoming hobby time to fit the ever changing demands of real life versus the other way around.  It's to be used sparingly though, for if you do it too often you just flutter from one project to the next and nothing gets done.

Isn't it silly when grown up middle aged men like myself talk super seriously about playing with toy soldiers?

So my recently repaired ships were put away in their temporary storage place (the ships weren't so much a pending project as their storage case was), the ACW CSA bases stored away, all the miscellaneous hobby supplies were organized and cleaned up; leaving me with a clean work space for any project that might take my fancy....

Small Side discussion: Don't you hate it when blogs suddenly pivot?

Let's say you're following a blog because it has really cool WW2 and AWI content.  You know; serious historical gaming stuff, and then suddenly the blog writer goes "you know what's really cool? SPACE SHIPS!"  "Space ships with lazers (pew pew pew) from this sci-fi universe that's totally made up!"  And in your heart you make an 'uhhng' sound.  That's happened to you right?

So as bloggers we all know that a blogger has to write about what the blogger is excited about, or it just becomes a huge chore.  But since I'm not into space ships I get a little less interested in the blog now (the exceptions are starwars and star trek and anything Lasgunpacker does).   I guess there could be people who are into AWI and spaceships so that's just more good content, but shifting from historical to sci-fi is big pivot to another genre.

I mean;  let's say that you're following a blog that's been putting out some real good content on, oh I don't know, maybe Napoleonic Age of Sail and the American Civil War for around a year when all of the sudden the guy pivots into fantasy with

LORD OF THE RINGS

(hehehe.. ahh.  that was a long set up for a small joke.
Alternate subtitle: Wargamer's Wandering Minds - to Middle Earth.
So maybe I just lost everyone, or maybe it'll be like Matt's dungeon blog, who goes from ACW to LoTR and we all just follow along because it's all awesome. )

My NEW Lord of the Rings books have finally arrived.  I bought these on the 18th of September and they didn't make into my grubby hands till this week.  kinda a long time to be waiting in antici........pation.

I've always liked the GW LoTR game and probably only stopped playing it oh so long ago because I got more into something else.. but here it is, back again.  And as discussed in previous posts I've kept all my stuff.  The new rule book is making for some good bedtime reading.  But now LoTR has been big in my mind, and while waiting for the books to arrive I've been watching a lot of youtube videos about it.  I mainly watch youtube videos on those rare occasions where 1) I go to gym and 2) the gym's wifi is working.  Or I watch them in the early morning on my phone with headphones in, as I'm getting ready for work and everyone else is still asleep.

And I came across this channel with this man building some amazing LOTR terrain using Hirst Arts molds (and a bunch of other techniques).

Link to youtube page is HERE. The Arnor build video will show him using the ruined tower mold.

Now this guy is crazy talented and dedicated, and fun to watch.  And I started thinking, "hey, I have HA molds and I like LoTR ruins.  I have this clean work space here, and I don't feel like painting miniatures, so how about some terrain?"

I wasn't really planning on making a new LoTR ruin this year, but you go where the excitement is, and I'm all afire for this unexpected project.  If you are unfamiliar with HA molds I will point you toward the website HERE.  The basic idea:  you pour plaster into silicon molds which makes little plaster bricks that you then use to build terrain like masonry.  It looks awesome, trust me.
Now, I'm unlike Anton who produces such really great terrain and often so quickly that I'm half convinced that he sits in front of blue board pieces, raises his eye brows, and cracks his knuckles and the terrain just forms itself according to his will.

No, this will take some doing. And I haven't done it in a long time so it's kinda like remembering how to do it.

Step 1) Dig out the molds from their storage.  These are between 5 and 8 years old by now, and honestly they have stayed in very good shape.  A very good product / investment.  It also probably helped that I am a serious nerd and stored them according to the instructions (flat, in the dark, and covered in baby powder).

I selected 4 molds to work with; the bell tower mold, the church mold, the generic brick mold (because you always need more bricks) and the floor tile mold.

Step 2) through 87): Mix and pour plaster into the molds, let sit and harden, and pop out the bricks.
Do this over and over and over, over and over again until you get enough blocks to build whatever you are going to build.


I don't really have plan at this point.  One can just follow the build instructions that come with the molds and are available on the website.  However, It's also great fun to just go with your own design.

This project also fits into my current situation, where I can spend 10 minutes getting the plaster into the mold correctly, and then walk away for around 20-30 minutes while it sets / cures enough to be solid and do other more important chores.  Come back, pop all the bricks out, reset, and off again.

So now we're all caught up with each other.  Hopefully I'll get back to you soon and hopefully the process will be interesting.  One of the things I love about blogs is that you get to see a project develop in something like real time.