and Signal Close Action!
Steady is the word and sharp the action!
Fire as she bears!

and other fun naval expressions....

Recently, I went to Kublacon, a large game convention here in CA.  While there I played in a great AoS game that looked like this:

IN this casel AoS means Age of Sail, and not Age of Sigmar.  I am way more of a historical gamer than Scifi;  but I do like both kinds of Scifi - Starwars and StarTrek.

And I thought that I've always liked this genre, I've enjoyed some fiction a long time ago (the Bolithio and Ramage series), though I rarely play Age of Sail games.  How hard can it be really?  only need maybe 10 ships and sea mat...

so looking around on the internet I discovered GHQ and Langton 1/1200 Ships and thought that those were really pretty models.  Though I was also hesitant because I am NO great modeler or painter and the models seemed complicated, especially the rigging.

I started a thread on TMP asking how hard were these ships to do really, and got a lot of responses of encouragement and also of the "go ahead and try it" variety.

I ordered from Waterloo Mini's the Langton Queen Charlotte hull and parts, and then ignoring other projects as I was excited about it, focused on getting her ready to sail.


In the end, came out like this:  Not too shabby for a first attempt.

I am very grateful for the War Artisan guide to rigging (thanks again sir!),  which describes how instead of doing knots, you stiffen the thread with glue, cut it to the right length, and glue them onto the ship in the right places.  it appeared much easier than tying little knots.  If you google 'War Artisan guide to rigging' it'll pop up as a PDF.  i add a link when I figure out how to add links without just copy and paste. 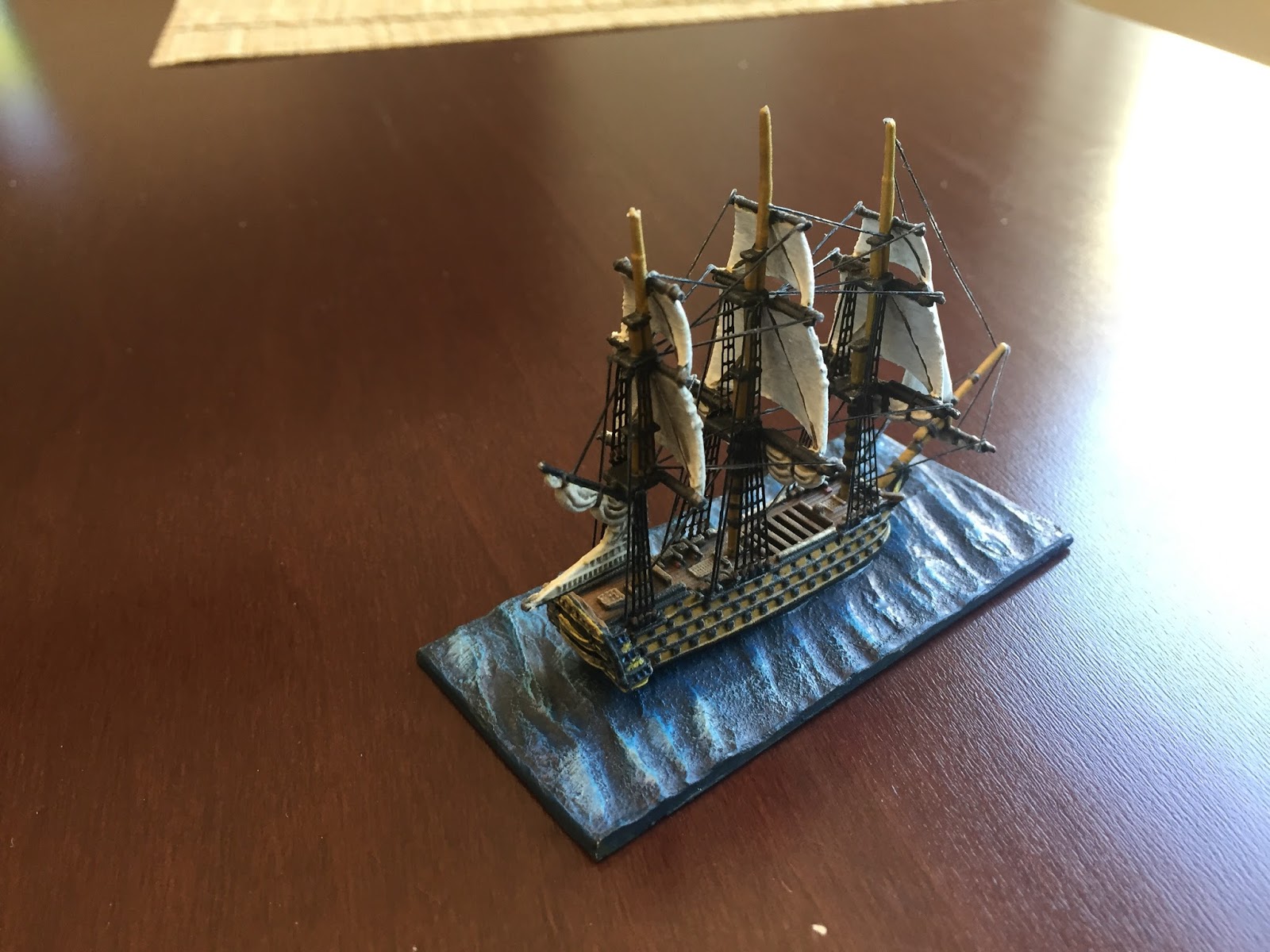 Looking now, I forgot to paint a stern wake in the ocean, but i'll get to that however I'm not too worried as once I get a sea mat, I'll likely paint it over again to try to match it.