reflections on the 100 effort

And here we are again.  Prepare thyself for text.  Lots of text.

I've been absent form the internets for the last couple weeks or so due to working my ass off.  Having grown frustrated at being broke all the time I went to that place that broke people should go: to work.
I've been doing a lot of on call shifts which is basically the way someone in my job does over time.  It can be nice because you get paid just for being on call and then if they call you in then you get more extra monies.  The plan has worked too well as I've been called in a LOT in the past weeks.  On the positive side the extra money is welcomed (and kinda the whole point)  and I've barely seen my family.  My children become adorable when you don't see them for very long.   On the negative side I've had little-to-no time for miniatures.

I've Been Thinking (a Dangerous Pastime)

I've been thinking about painting, mostly while driving.  My dislike for painting is well documented on the internet, which I of course ham up for entertainment purposes.  My own entertainment really, not sure about anyone else. 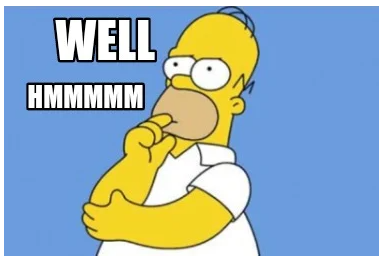 I found that focusing on the dark ages miniatures exclusively until the goal of 100 miniatures was reached to be a real boon in getting that collection to the playable state that I wanted it to be.  But it did take a long time to do (8 months).  Out of curiosity I did a post on TMP asking how long it would take those unwashed masses to paint a 100 figures.  You can see the post here: Linkity if inclined.

To invite comparison is to invite misery.  Most people responded that it would take them just 2ish months to paint 100 miniatures.  Man that makes me look slow.  Course, Who knows how representative that sample actually is.  Whenever you post on the internet that you did something cool in X amount of time, I think it naturally selects responses from folks who did it in X-n.  I'm a little suspect though, because one doesn't see a ton of folks out there with huge armies in enormous mass battles.  It's out there, but it's not the norm.  What I do see are people playing medium sized games and talking about how they got a lot of unpainted lead and too many projects on the go.

Obviously there's no right or wrong way to do anything in this silly hobby, it's a HOBBY after all and supposed to be fun.   And it's a stupid thing to try to tell someone else how to do a hobby.  But it's a smart thing to think about my own hobby and what I really want from it.  Self reflection is very interesting to read (NOT!).   But maybe if someone is in the same situation they might find some pearls of wisdom.

My goal of painting anything is to have it painted.  I like playing with painted armies; it's the end result that matters and not the process.  Just like going to the gym; I like having the sculpted abs and not doing the crunches.  If I ever went to the gym that is.  A better analogy for myself is that I like to eat my bacon and melted cheese sandwich but not make it.  I balance the plate on my tummy while I watch TV.

I've described my painting / hobby time before; in that I'm basically only able to get any painting done late at night after the kids and wife have gone to bed and some chores are done.  The wife might not be asleep but she's 'retired for the evening.'  It's a big affair when she retires, we have to light candles and dim the lights while she ascends the stairs in a night gown and I play an organ solemnly.

So painting time is limited till between the hours of 9:00ish till around 10:30ish PM.  I like to hit the hay around 1100 since most days I'm up at early.  Either due to work or the children because kids never sleep in.  Damn youth and their zest for life.

How to put that time to best use is the question of the day.  Because I actually want to get things done. Most gamers that I know have several projects on the go at once, and while they do a lot (or not) no one project/genre moves forward very much.  Everything is starts and stops.  I've always limited my number of projects being worked on at once to 2.  Called the rule of 2.  What a project is can be anything, 1 project could be a regiment of ACW infantry and the other 2 Ships of the line.  The idea that when I say down at the hobby desk I could do either of those projects but wouldn't start another till one was done.  This works fine.  Yet the projects are often disconnected from one another.  The ACW regiment when done would be swapped out for some LOTR Orcs; when the ships were done it was swapped out for terrain piece, and when the next project in would be AWI and so on.

Painting the 100 dark ages miniatures was started on a lark, just a goal I set to get out of some hobby slows.  It's probably the first time where I worked on a specific genre for months on end.  It's also the first time I ever kept track of how many miniatures I was painting.

The more I think about it, the more I like that process.  Setting a large goal (naturally being broken down into smaller ones) and keep at it until it's done.  It provided a real sense of progress and completion for me; which is important for my own mental health as I've really just plateaued in life.

So I'm gonna try it out for awhile.  Pic a genre, set a goal that gets it to the next game-able state, and focus on that.  Not  focusing so much on the number of figures but what the state of play is: A small skirmish can be moved to large skirmish; a large skirmish to a mass battle, a genre not playable at all because not enough has been painted moved to a playable state.

It'll be an experiment with very low stakes because nothing important will be affected and who cares.  You all will get the watch / read about it and I'll get back to you.  Gotta blog about something after all.

"What do I want to paint next?" is the wrong question.  The answer is nothing, I hate painting.**  Why can't I just have a bunch of wargaming buddies with big armies and terrain of their own that host games whenever I want in whatever genre I want so I can just show up play?  And While I'm imagining things why not also have strippers and strobe lights; but the stripper costumes would have a matching theme to the game being played.

A better question would be "what to game next?"  Dark Ages will dominate games for the rest of the year with the big finale in November when I host several convention games.  he Dark Ages have  gotten a lot of love lately; but I had still had 4 of the big battle bases left over so I thought... what the hell?  Finish the job.

the last 4 big battle bases will make each army of Vikings and Saxons 24 bases strong.  These don't have to be done till November so I'm just doing everything at once.
Edit: forgot to add teh actual paint goal.  which is 10 Thegns, 10 ceorls, 10 bondi and 8 skirmishersand 4 movement trays by Veterans day weekend in November.  Crunch time!

Some other odds and ends:

Its helpful to mark which units are in shieldwall.  The 10 on the left I made YEARS ago and used LMBS transfers.  The 18 on the right (with 2 shields) I made recently but was out of shield transfers so I painted those by hand.  I think 3 of the 36 came out alright.  I ordered more transfers.  No one looks too hard at markers anyway.

Thanks for taking the time to read these deep and useless thoughts about painting miniatures.  Hopefully not a complete waste of time for you.  It's in no way to try and convince anyone that what they are doing is wrong; I'm not convinced myself one way or ta other; its just some hobby talk about the painting side of our silly hobby.  Here are some other deep and useless thoughts:

Sand is called Sand because it's in-between the sea and the land.

We have fingers and toes; Our fingers have fingertips but our toes don't have toetips but people can walk tiptoe.

Thanks for reading.
Double thanks for writing a comment.
Till next time.

**for the record; I do like painting.  I like the sense of free time, of doing what I want to do over what I should do.  I like that I'm not just wasting time watching TV.   I like the creativity, I like the process, the time spent by myself, and the relaxation.  But what I really like is when a genre that I've painted hits the table, and everyone oohhs and awwws and applauds.  OK, no one applauds.