On The Road This Time

Have swords, will travel.  I took my Hail Caesar game on the road to host for one of the clubs that I belong to; off to a library community room.  I was hoping to get around 4 or 6 players but only got 2; which was fine as then I got to play along in a 2 versus 1 battle.  Why the poor turnout?  Some regulars where busy that day, others had no interest, and I think word has gotten out that I haven't brushed my teeth in over 2 weeks and my breath is killer.  Especially since I started to flavor my coffee with garlic.
Even if only 1 person was going to show up I would of hosted; anything to get out of the house and away from my cloying I mean loving family for most of the day.
Funny story: being in a community room means the public could wander in and some children and parents did wander in to see what was the happenings.  People were suitably impressed.  Moms told their young children to look and not touch and I immediately chimed in with "Don't listen to your dumb mother, of course you can touch.  You just have to be careful."  Then selecting a base that had mostly plastic figures on it (because it was lighter) I handed it to the kid and said "here, look at this one."  Kid looks at it for a minute or two and hands it back to me.  It's in my hand for 10 seconds when I drop it to the floor.  Kid laughs and laughs... "you told ME to be careful and then YOU dropped it!"  He did help me pick up the pieces though.  Only minor damage was done.
On with the Game
Setting up on a 5x10 table with the Vikings deployed in 3 division and the Saxons in 4.
Saxons be like...
"Hey Saxon King, how should we feel about Vikings on our borders?"
Vikings be like:
Saxons be like: 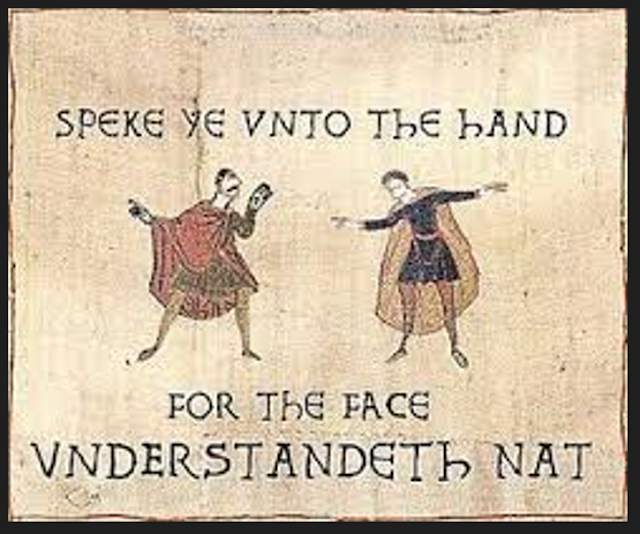 And while the two leaders are arguing back and forth something goes amiss and the fight breaks out and the battle is ON!
Battle Report
You know me: I don't do battle reports.  It's too much work for too little reward.  It's like trying to make your wife happy.
So instead here are some groovy pics of some dark ages action that make my collection look good.  Like taking a selfie at the proper angle.. 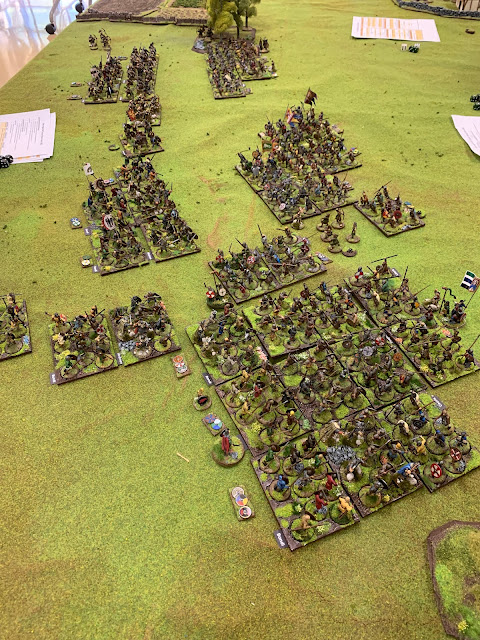 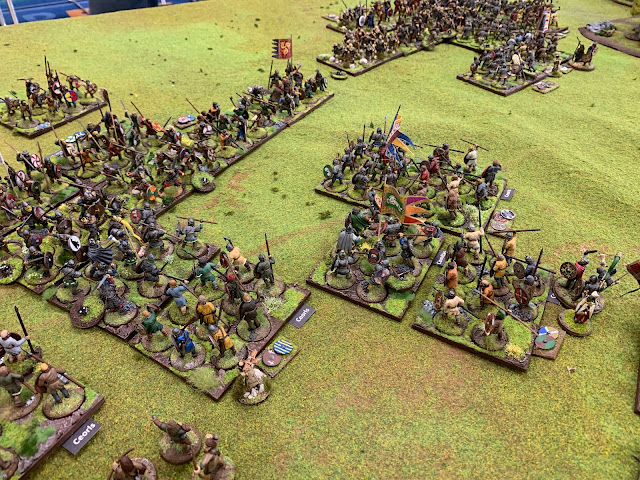 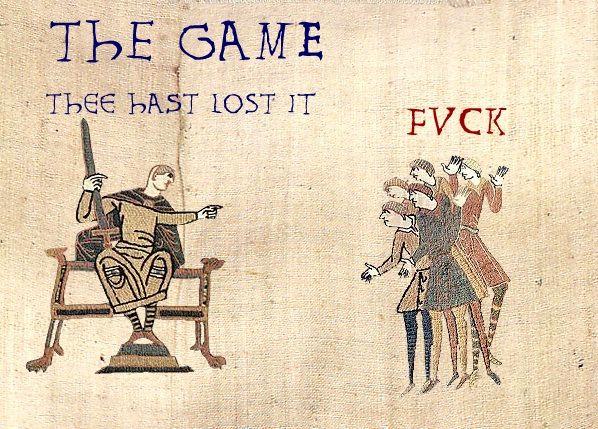 So not a good battle report but maybe an entertaining read all the same.
This Post Grows long and the Content Short
Very true.  Now that I'm home all comfy and cozy I gotta find that base I dropped and fix the damage.
I'm hoping to get in one more practice game of Hail Caesar before my big convention weekend in Nov.  Though October is gonna be a busy month.  But practice will help me appear like I know what I am doing when all eyes are looking at me with hope and expectation of a good game.
Till next time.
Thanks for reading.
Double Thanks for writing a comment.
Posted by Stew at 2:28 PM