Innit nice when you buy a bunch of stuff for a new wargaming project and then actually start it?
Here we have a post with my first AWI miniatures.  Now the project begins in earnest.

Man, it has been fooooooorrrreeeevverr since I painted any 28mm miniatures.  It's a skill that's more subconsciously remembered than consciously practiced.  Too bad I was never very good to begin with so the memories are even more hazy.
In my excitement of starting to wargame the Revolution I've been ignoring chores in order to paint, and managed to finish 16 miniatures for the British Army. 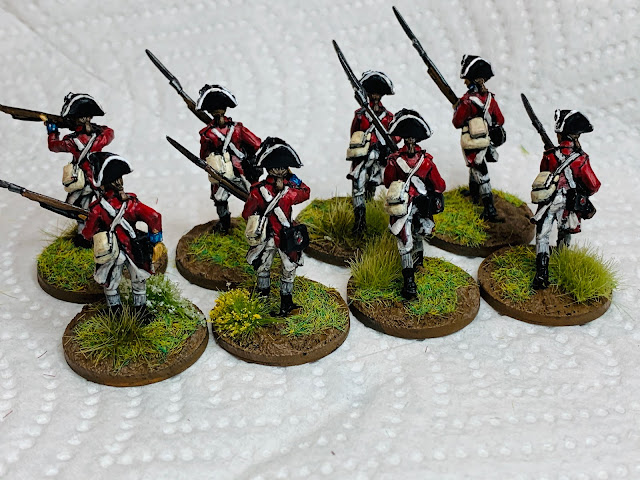 Now the uniform is supposed to look a little like this:
Which is kinda hard to see in the group photos.  So in honor of these being my first AWI miniatures and painting 28mm for the first time in forever  (having a little girl means you've seen Frozen a hundred times, so that phrase is never far from your mind, it's not even the first time that I've told this joke.  It's even funnier in repetition)   here are some close ups.... 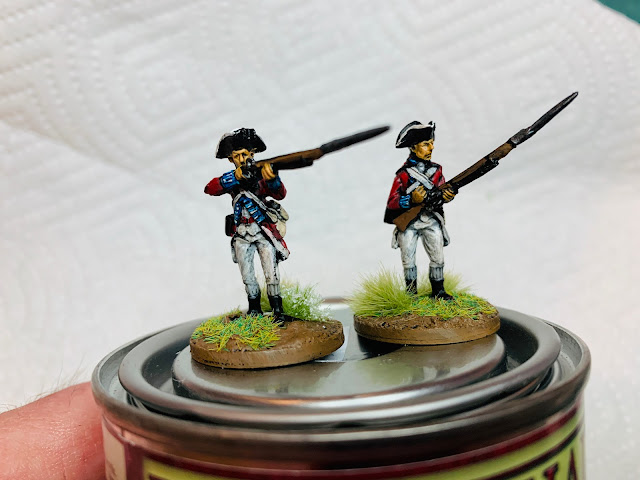 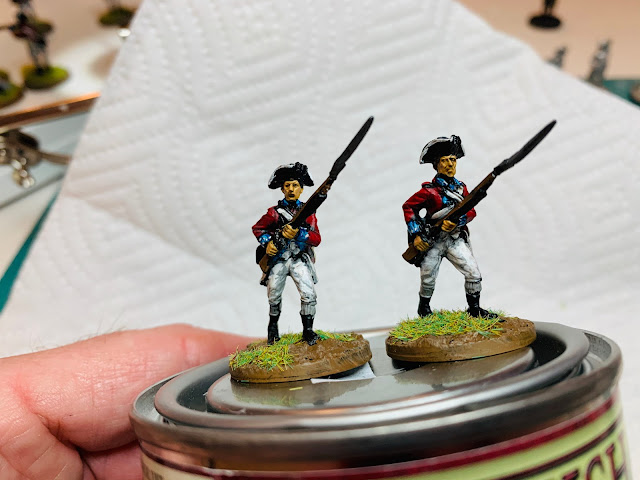 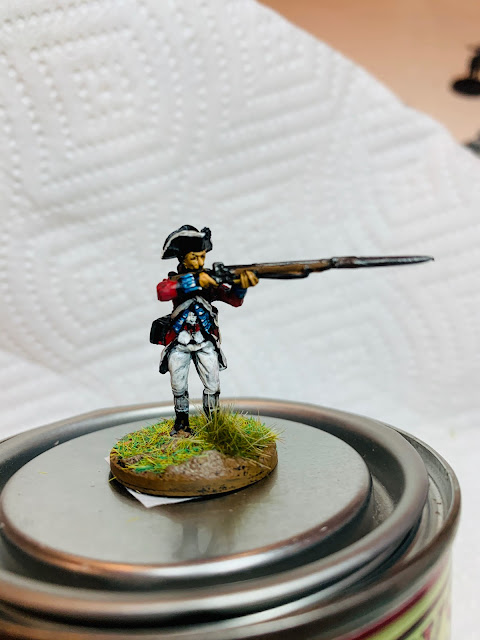 Enough of that now.  It's more my wanting to show my enthusiasm for this project than my painting skills.

It's gonna be a long haul getting this genre to the gaming table.  So keeping up motivation and enthusiasm is critical.  Especially since I'm still in a state of no gaming lockdown.  So how to do it?
There's shopping of course, the small rush when a package arrives:
And of course there is entertainment.  For inspiration I've recently finished reading;
I suppose I could find a good AWI movie to watch.  I've recently subjected the wife to rewatch the History Channel's series on Washington, which I thought was pretty good and is on Amazon
The only other AWI movie I know is The Patriot, which I'm not gonna watch.  Not for any snobby historical reason, but because I don't like watching a father mourn his son.  No I didn't give any spoiler alert, it's been 20 years.

A Big Thank You to Norm

I take it back! I have played a game! Set in the Revolution even.  Best Blogging Buddy Norm on his blog ran a Play By Email game of the Battle of Germantown.  It was my first time playing anything by email, and I had good fun.  I played a minor role in the British defense, which really helped me get int he mood for painting British Redcoats.  Thank you Norm.
You can find the ARR and Norms blog over here on the CLICKY CLICK
So the plan is keep turning out British until I get tired of seeing red, and then will probably dig in on some terrain.   With any luck, the AWI project might see the table in some form by the years end.
Thanks for stopping by, Thanks for reading.
Posted by Stew at 11:15 PM