Such was the case last weekend when my buddy Mr. G who lives conveniently on the other side of town invited me to a wargame set in Vietnam, using the Charlie Don't Surf rules from TFL. 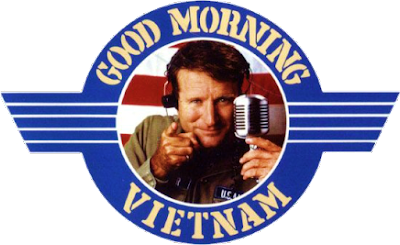 Of course, this was ruined slightly because in the same morning I also had a birthday party for a 4 year old I wanted to attend; you go to other kids bday parties so that parents feel obligated when it's time for my kids bday parties.... nah, I'm just joking, I actually like little kids bday parties, but it does demonstrate how little kids ruin wargaming.   But Mr. G allowed that I could come in late with no problems so I jumped at the chance to squeeze in some more wargaming.    So the game started at 10 and I didn't get there to about 1.  But I was hoping that the game would follow the usual gamer pattern and I wouldn't miss much; someone who was supposed to be on-time would be late, there'll be some hanging out, then explaining the rules, and then typical TFL feature that all of their games take some time to get off the ground and take awhile to play:  So that being 3 hours late would mean only missing like 3 turns.

Not quite; the game was going strong when I arrived but the players Mr. K, Mr B, and Mr. O whom I know from the MWS club were humming along and allowed me to join Mr O on the Viet-Cong side and took over a platoon.  So far no-one had made any 'Good Morning Vietnam" quotes.

No detailed Batrep and I came in late and was playing catchup.  but here are some shots of the table.  The figures are 15mm. 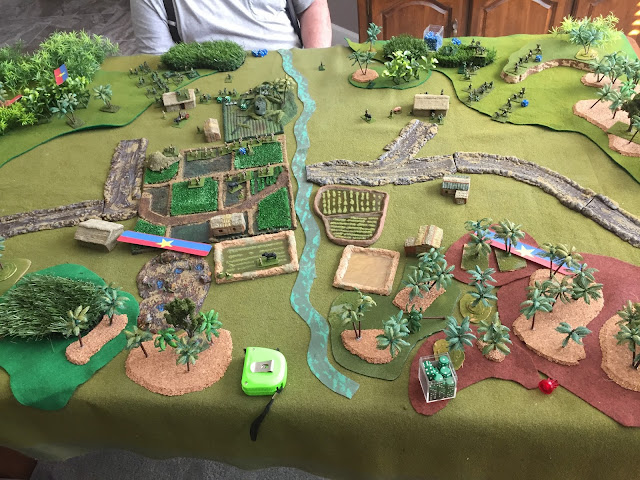 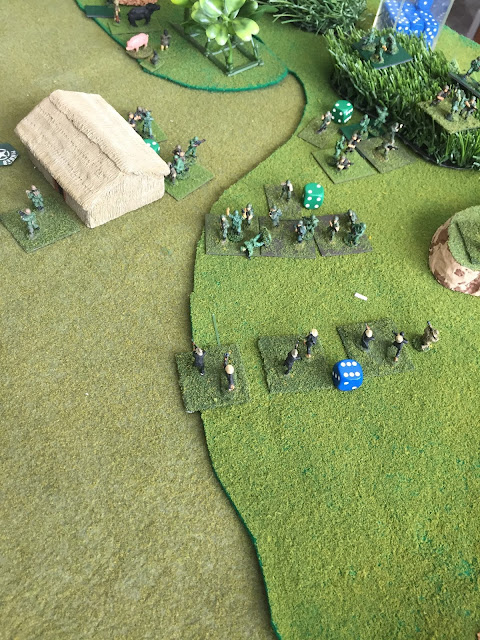 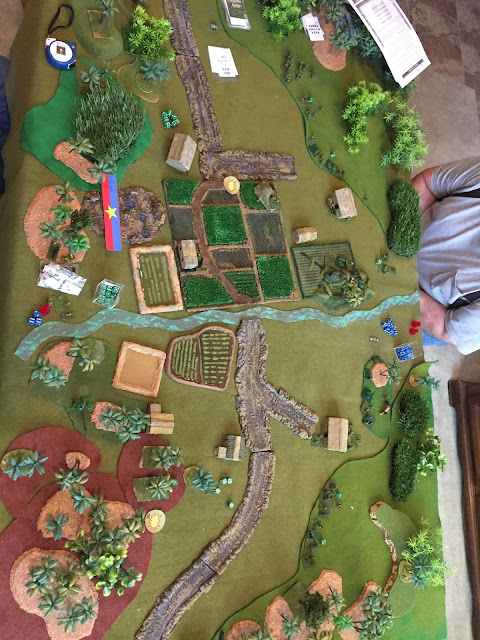 It's amazing that patches of artificial grass and aquarium plants can look so much like a jungle.  Though our western hemisphere bias was evident as we kept referring to the jungle as 'woods.'

I've never played Charlie Don't Surf or any Vietnam game, but even with only playing a couple of turns thought the rules went well and the game fun.  Plus it was fun to hang out for a bit afterwards and talk wargaming.  And I even helped with clean up.

In other news: Some ACW plans and more Paint'em if you got'em.

Still not buying anything for the remainder of the year and like most wargamers this is actually not a problem, as the lead mountain has plenty stashed away for such an event. And after acquiring the CSA force from Dai, I was SHOCKED and HORRIFIED to see that my CSA force now outnumbers the USA force in both artillery and infantry.   This had to be rectified.

So started a project to add 20 more USA infantry bases and 12 guns, all of which I had lying around already.

I also started some more cornfield bases for use in upcoming scenarios.

I have some BIG plans for ACW in the new year so need to get cracking on.  I've the new Brigade and Fire rules and am itching to try them out, but I'm new to brigade level games and the scale of 1" being 45 yards is strange to me.  Anyway, for the BFF rules I want to try a scenario featuring the dawn attack through the cornfield at Antietam, and the 2nd day assault of Longstreet at Gettysburg.  I'm also working on a scenario for Barlow's Knoll for RFF.